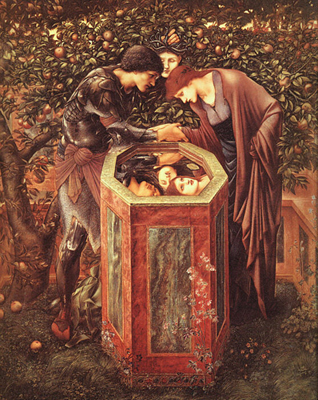 Burne Jones depicts Perseus showing Andromeda the head of the slain Medusa.  According to mythology, even looking at the dead Medusa would turn you to stone and she could only be viewed safely through her reflection.

From Victorian Web:  The Beautification of Ugliness in Burne-Jones’s Perseus Cycle