We carry an entire world in our pocket that allows us to search for information without opening a reference book.

I can write you a quick note without ever putting pen to paper, and send it without a stamp or an envelope.

Every day, millions of people take selfies that are filtered into perfection.

No doubt the Victorians would marvel at our devices, platforms and the ways we use them.

Yet we are not so different from our 19th century counterparts. While they didn’t have the world wide web or cell phones, they lived through their own era of stupendous growth. It was the time of the Industrial Revolution and huge scientific progress. 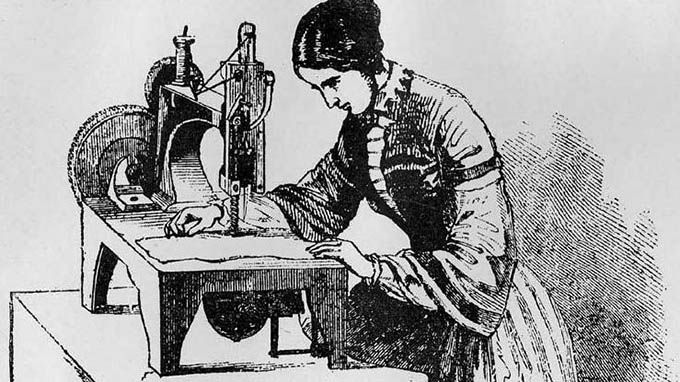 The fabric of their world changed as knowledge expanded, allowing their daily chores to become a little easier. They, too, were able to communicate more quickly with the invention of the telegraph. Travel became more accessible with the advent of the railroad. They learned about germs, fossils and the planet Neptune.

While most people were excited about their awakening modernity, artists in the Pre-Raphaelite circle sought to depict a world of long ago, influenced by Medieval legends or Arthurian fables. Myths and fairy tales were what they chose to paint in the midst of this new epoch of steam, coal, and factories.

I stand on a surreal bridge that connects the Victorian age to our modern one. My brain is often in both places, as it has been for much of my life. I read about that time in the same way I did when I was a teenager, and yet this brain of mine seems to be changing. That world in my pocket makes life easier and it’s exciting, but the way I process information is noticably different and I find my attention span has shrunk.

Since childhood, my happiest moments were spent between pages, so immersed in a book that I could tune out virtually any intrusion. Now, I read a few pages, then instinctively reach for my phone and check for notifications.

Social media hasn’t become a pastime for us, it is our time. All the time.

In response to the technological pace in which he lived, artist Sir Edward Burne-Jones said, “The more materialistic science becomes, the more angels I shall paint: their wings are my protest in favour of the immortality of the soul.”

There is undoubtedly something to be said for holding on to the beautifully improbable while the world we live in has the potential to turn our heads with its sleek new discoveries, tempting us to forget the simple pleasures of the past.

I feel the need for balance. When I’m out in the world and see so many people lost in their phones instead of each other, I wonder if they sense how we have all been unwittingly swept away by a technological tsunami in the past decade.

And yet, the internet is where I have explored many wonderful things. The fact that I am sharing my thoughts with you online is not lost on me. And most of you would not be reading this post were it not for social media.

But, good lord, sometimes we need to disconnect from technology and reconnect with ourselves.

Here’s something else Burne-Jones said about his art that speaks to me:

“I mean by a picture a beautiful romantic dream of something that never was, never will be,—in a light better than any light that ever shone—in a land no one can define or remember, only desire—and the forms divinely beautiful.”

This is the ideal he pursued when painting and the type of beauty he longed to create, something unique and otherworldly in an ultra modern world.

I am beginning to realize I can use both of Burne-Jones’ artistic ambitions to help shape the ideal I want to pursue with my own work and online activities. With technology at my fingertips, I intend to use the materials available to me to follow Burne-Jones’ aspirations.

With this site, I attempt to create something divinely beautiful, all the while dodging the technological quagmire. I need to balance my addiction of feeding on minutia and notifications with the higher calling of exploring and sharing my passions.

Because lately, the minutia has been winning.

Again: “The more materialistic science becomes, the more angels I shall paint: their wings are my protest in favour of the immortality of the soul.”

The more hashtagged and memed our society becomes, the more Pre-Raphaelite art I want to share. Its beauty is my protest in favour of the immortality of the soul.

With Pre-Raphaelite Sisterhood, I am proud of creating a lovely little corner of the internet that celebrates the work of these amazing visionaries and their followers. It will always  be a  priority for me.

I hereby resolve to silence my phone once in a while and limit the things that distract me from my mission. I hope that in doing so, I will continue write quality posts that are worthy of your time.

But first, I’m going to read a book.

2 Replies to “Balancing on the Bridge”