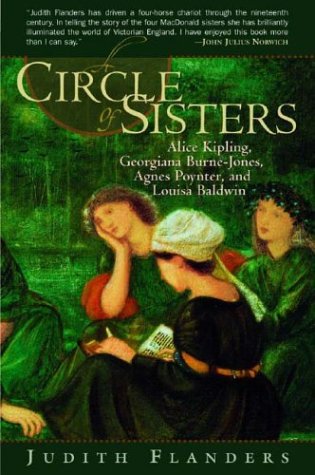 The Macdonald sisters—Alice, Georgiana, Agnes and Louisa-started life in the teeming ranks of the lower-middle classes, denied the advantages of education and the expectation of social advancement. Yet as wives and mothers they would connect a famous painter, a president of the Royal Academy, a prime minister, and the uncrowned poet laureate of the Empire. Georgiana and Agnes married, respectively, the pre-Raphaelite painter Edward Burne-Jones and the arts administrator Edward Poynter; Louisa gave birth to future prime minister Stanley Baldwin, and Alice was mother to Rudyard Kipling. A Circle of Sisters brings to life four women living at a privileged moment in history. Their progress from obscurity to imperial grandeur indicates the vitality of 19th-century Britain: a society abundant with possibility. From their homes in India and England, the sisters formed a network that, through the triumphs and tragedies of their families and the Empire, uniquely endured. 16 pages of illustrations.