Tomorrow is Alice’s Day! On the fourth of  July in  1862, Charles Lutwidge Dodson began the tale that would eventually become Alice’s Adventures in Wonderland. Published in 1865, the now iconic story turns 150 years old.

I live in the U.S., so my Saturday will be filled with fireworks and family fun. But I’ve been quite envious as I see the preparations being made for Alice’s Day in Oxford tomorrow.  Thank goodness for the internet, so that those of us who adore Alice can catch a glimpse of the festivities from afar.

The Story Museum: Alice’s Day is a yearly celebration of Alice In Wonderland. It is co-ordinated by The Story Museum with more than 20 partner venues across Oxford (including The Bodleian, Ashmolean, Museum of Natural History & Pitt Rivers, Botanic Garden and many more). Free events to transform Oxford into Wonderland for one magical day.

A rare first edition will be on display. Another glimpse here.

In New York, the Alice: 150 Years of Wonderland exhibit runs through October.

See my previous post: Lewis Carroll and the Pre-Raphaelites 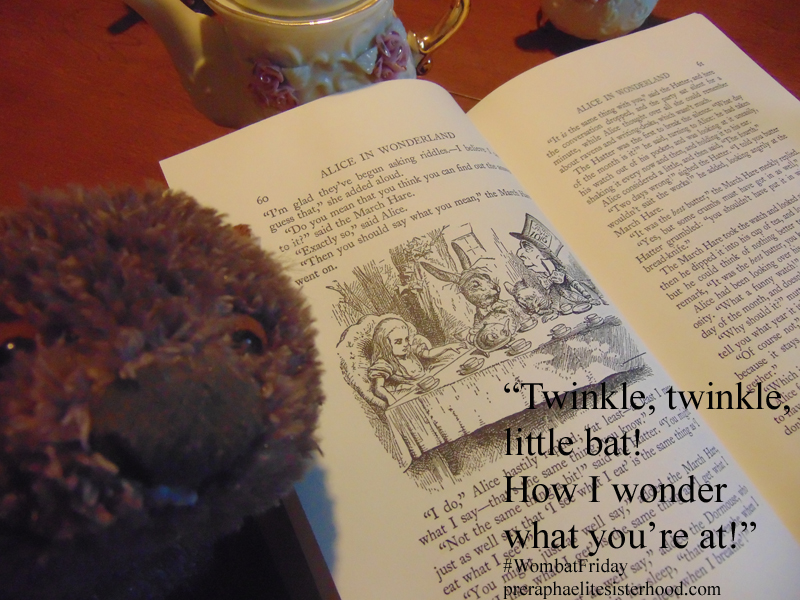 “I’ve had nothing yet,” Alice replied in an offended tone, “so I can’t take more.”

“You mean you can’t takeless,” said the Hatter: “it’s very easy to take more than nothing.”

In other news, Kirsty Stonell Walker has posted a review of the new film Mr. Holmes.  (Really looking forward to seeing this.)

Verity Holloway has revealed the cover of her upcoming book Beauty Secrets of the Martyrs and it is stunning.