A few weeks ago, Grace Nuth posted a beautiful and brilliant idea at Domythic Bliss.  In her first post introducing the concept of Mythic March, Grace describes the birth of a simple idea between friends.  A seed sown during a message between her and Lisa Stock grew into an alternative to NaNoWriMo, with an emphasis on mythic creativity.

It was a paragraph in her post Mythic March Begins that spoke to me:

“Because yes, we all enjoy/adore/idolize the works of the Frouds, Neil Gaiman, Charles de Lint, Terri Windling, Alan Lee…my list could go on for paragraphs.  But we all have something to share.  The very act of creation is magic…gathering together materials or immaterial thoughts and transforming them into something new and unexpected.  “

I have been spending a lot of time lately focusing on my offline writing, but I had also thought about using Mythic March as a way to revisit Pre-Raphaelite works that embrace myth and literature.  But March 1st came and went and then so did March 2nd and 3rd and so I lazily shrugged it off.  But yesterday, my daughter and I were searching for something to watch on Netflix.  Mythic Journeys had been in my queue for several days, due to a facebook post by Shane Odom who had wonderful things to say about it.

As I watched it, I thought about how important mythic literature and art has been to me.  It inspires me, feeds me, challenges me.  The beginnings of my interest in the Pre-Raphaelites were due to their works based on myth and literature.  Myths are not dry, ancient tales.  They are man’s earliest experiments with metaphor and language.  They are truths nestled within layers of mystery and magic that tell us that we can make it if we try.  Myths do not lie to us or smother us in platitudes.  They openly tell us that bad things are going to happen and evil exists.  The truth of the tale does not always lie in the happy ending, it is in the strength gathered from the journey.

Mythic Journeys was still on my mind today as I thought about how often I’ve encountered someone who is using their interest in myth or history to create modern works.  Because of this blog, I’ve been lucky enough to meet so many talented and driven people.  That’s the most exciting part for me. This blog should not just be about my interest in the Pre-Raphaelites, it’s about making connections with others who not only love Pre-Raphaelite works, but have used that work to inspire their own art or writing or lives.  Making connections, that’s the real magic in life.  I felt as if the movie challenged me, making me realize that I’m not doing enough to 1.) create something of my own and 2.) to help share and support the works of others.

If you are inspired to create something this Mythic March, please visit Grace’s blog and post a comment.  I’m sure she’d love to know. 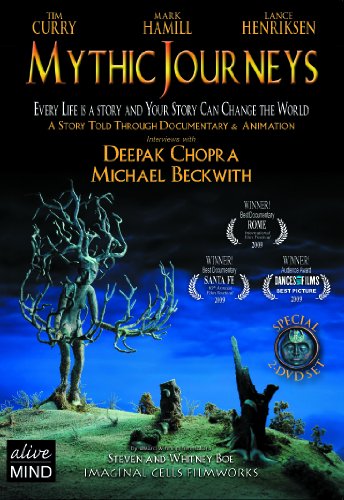 One Reply to “Mythic March”