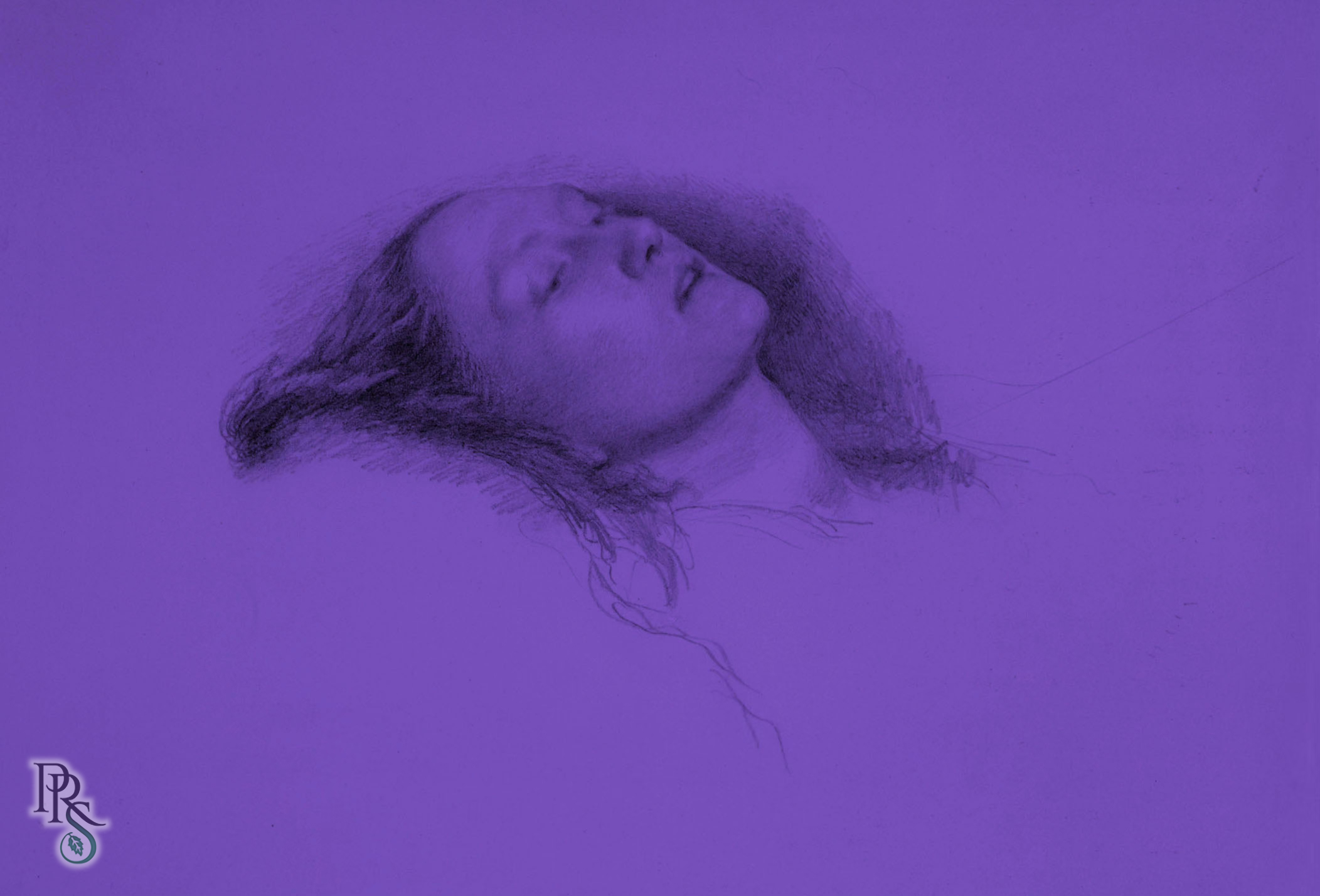 Well over a century-and-a-half has passed since her death, yet Elizabeth Siddal still commands attention through her art, poetry, and the Pre-Raphaelite works she appears in.

As artist Dante Gabriel Rossetti’s muse, Lizzie was a powerful influence on his early Pre-Raphaelite works. She then boldly made the move from model to artist and embarked on a career that showed great promise, but was far too brief.

Unfortunately, many of the melodramatic details of Lizzie’s life overshadowed her artistic ambitions, a reputation that has only been amplified over time. Even so, I believe she inspires women and has become a symbol that can motivate us; she represents a 19th-century female strong enough to create her own mark in a rigid, patriarchal world.

Sadly, Lizzie also represents what happens when circumstance and tragedy conspire to prevent dreams from coming to fruition.

In 1862, Lizzie Siddal died of an overdose of laudanum, a tincture of alcohol and opium. Widely used at the time, this unregulated substance was readily available and largely accepted in society.

The Victorians understood little about addiction, and Lizzie’s dependence on laudanum not only took her life and that of her unborn child, but devestated those who knew and loved her.

Today, we have more knowledge about the signs of overdose. As I was reading about overdose basics on the official International Overdose Awareness Day website, I was struck by the mention of snoring. Snoring seems such a casual, mundane thing, but according to the inquest of Lizzie Siddal’s death, her snoring was the first sign her husband, Dante Gabriel Rossetti, noticed when he discovered her unconscious. He proceeded to have a series of four doctors summoned throughout the night, he was so desperate to save her life.

Like many Victorians whose names we will never know, Lizzie succumbed to the drug that had held her in its fetid grip for years.

Rossetti included a painfully poignant nod to the instrument of her death in his painting Beata Beatrix by having a dove place a poppy, from which opium is derived, into her hand.

Lizzie’s laudanum overdose may have taken place in the 19th century, but here in the 21st, our society struggles even more so with addiction and its wretchedly predictable outcome.

In 2019 alone, over 70,000 Americans died of drug-induced overdoses of both prescription and illicit drugs.

Opioids still present the same problem as they did in Lizzie’s day: they are a needed, useful way to manage pain; yet they can be highly addictive and dangerous.

Lizzie’s demise, unfortunately, has an all too familiar ring – it’s a tragic truth that addiction is pervasive among the creative world of writers, musicians, and artists.

Yet, the dangers of dependency are not limited to the world of celebrity. Nor are they restricted by age or socioeconomic class. The long arm of addiction reaches across barriers, ruining lives of those who suffer from it, as well as their friends and family.

Lizzie lived and died in what seems like a faraway world that conjures up gaslit images of Dickens’ London, but the culprit in her death is still at large, proliferating over centuries to cast a pall over our present-day families.

For International Overdose Awareness Day, let’s honor those families by being sources of support and information. Let’s listen without judgment and take action from a place of love.

Here are some useful resources, please join me in sharing them with others:

Take Your First Step Towards Recovery