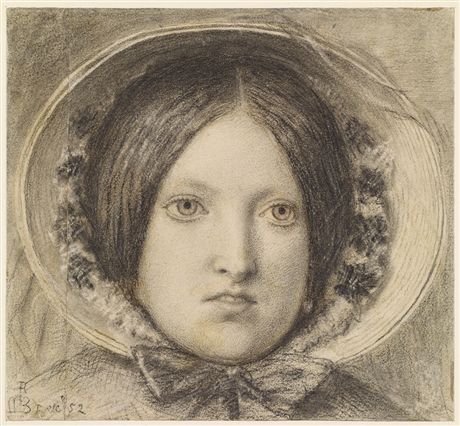 Artist Ford Madox Brown was a widower with a young daughter, Lucy. Although not officially a member of the Pre-Raphaelite Brotherhood, he was closely involved with most of them, especially Rossetti. Emma began posing for Brown in 1848, the year the Brotherhood was formed. Romance blossomed and eventually the two unmarried lovers conceived a child. … Read more

Christina Rossetti has the distinction of appearing not only in her brother Dante Gabriel’s first painting to be exhibited, but it was also the first piece of work to bear the mysterious initials “PRB”. At the time, the Pre-Raphaelite Brotherhood was still a secret group of young idealists and the meaning of the PRB inscription … Read more

Thanks for visiting my current work in progress! LizzieSiddal.com is expanding! PreRaphaeliteSisterhood.com is officially launching and I hope it will be well received.  Please feel free to contact me at stephanie@siddal.net