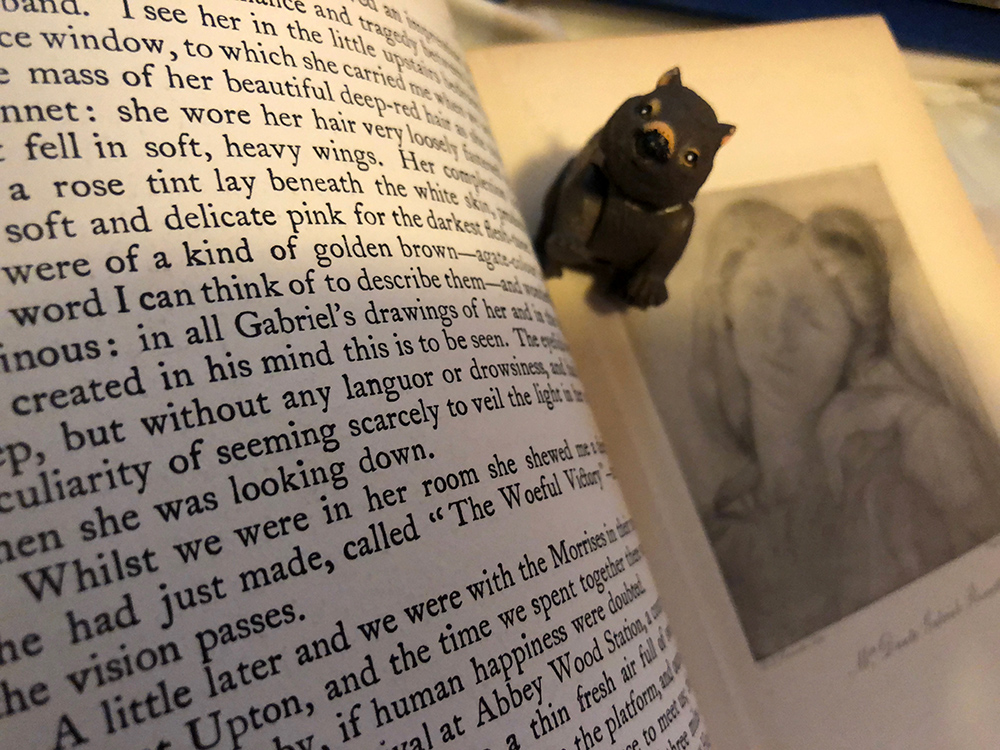 Wednesday was Lizzie Siddal’s birthday and my sidekick Thaddeus Fern Diogenes Wombat (T-Dub to his friends), has decided to learn more about her.

When learning about Lizzie, there’s a lot of misinformation to wade through, so I thought it best for T-Dub to read a personal account from someone who actually knew her. Georgiana Burne-Jones, wife of artist Edward Burne-Jones, wrote about her friendship with Lizzie and I find her account of her touching.

Georgiana’s description of a their visit to the Zoological Garden is particularly fitting to share today.

“Whilst we were in her room she shewed me a design she had just made, called “The Woeful Victory” –then the vision passes.” (1904) Memorials of Edward Burne-Jones, MacMillan & Co.