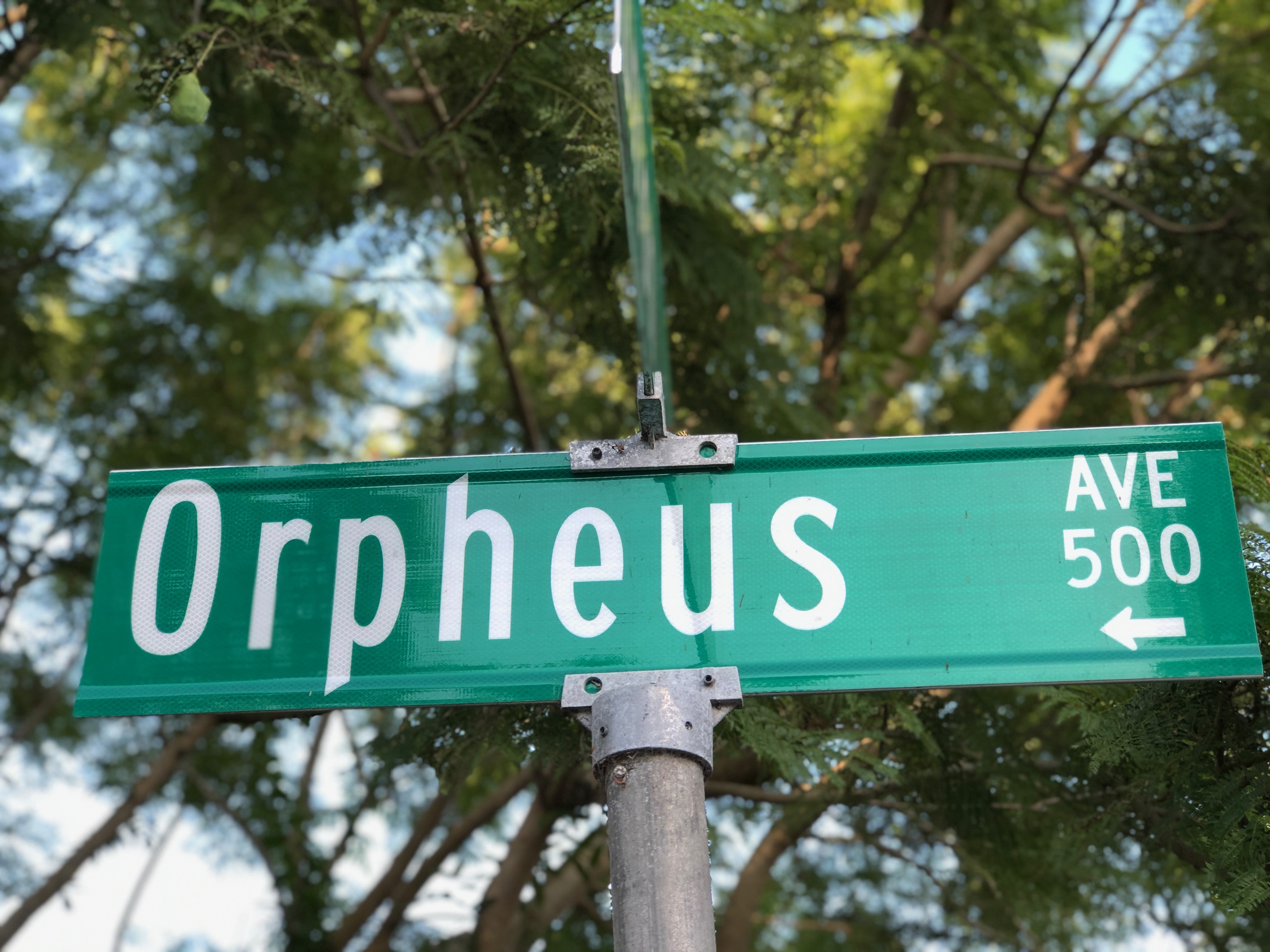 For fifteen years I’ve been blogging about Pre-Raphaelite art and it has been one of the greatest journeys of my life; it’s a thrilling roller coaster that I’m proud to have to have designed and built. Now I get to ride it.

Myth and literature are inseparable aspects of Pre-Raphaelite art, and the fact that I recently settled into a town with mythological names scattered throughout the community resonates more deeply with me than it might with most.

It’s the juicy cherry on top of my sweet new beginning.

Street signs point the way as I explore new pathways, and they’re rife with meaning: Vulcan, Jupiter, Neptune… it’s like being enveloped in a storybook world, a magical living library that I might have dreamed of as a child. I feel welcome and loved here.

Leucadia is a self-described “funky” neighborhood in northern Encinitas, California, that manages to remain largely so despite the rapid gentrification of this beachfront San Diego County community of 63,000.

Leucadia has also been my fiancee’s lifelong home, so I have the double pleasure of exploring the town as an excited new citizen and also learning about it from the point of view of a resident who has seen its growth and evolution over the years. I’m learning the history of the town, but also the history of him.

We visited the farmer’s market the other day, for example, which is held at his former elementary school. Imagine a lazy Sunday morning, surrounded by a bounty of produce, happy people, and a diverse selection of food booths offering their wares. I wandered around with a blissful heart and a full belly, listening to anecdotes of who-did-what-where in the different nooks and crannies that embedded themselves into his childhood memories.

He’s showing me his home, and sharing it with with my family and me. I feel I am home.

One of my favorite references found in Leucadia is the repeated nods to Orpheus, son of a muse, whose gift for poetry and music inspired the gods.

I’ve blogged about Orpheus before; the powerful allegory of him leading his love Eurydice out of the underworld, only to lose her forever when he disobeyed the gods’ warning to not turn to look at her. For me, it’s a lesson in trust.

Speaking from personal experience, trust is the hardest lesson to learn. Completely trusting fate, or a person, is fraught with peril. But it’s ultimately worth the risk, and the payoff can be exhilarating.

It was his gift of music that allowed Orpheus to attempt to rescue his love from the underworld. That he didn’t succeed was a result of his own fear and lack of trust, not his lack of talent.

He got in his own way, dooming his cherished wife.

The loss of Eurydice is the part of the myth that we most often think of, but the theme of music and how magical it can be appears in every one of Orpheus’ journeys.

Apollo gave Orpheus his lyre, and legend tells us that he played it so masterfully that people, animals, and even stones, danced to his lyrical melodies.

Orpheus saved the Argonauts from the hypnotic songs of the Sirens. Supernaturally beautiful, they enchanted sailors, who could not resist their deadly melodies. Nevertheless, the Sirens’ song was no match for the nimble fingers of Orpheus as they danced across his instrument.

The Argonaut adventure shows that his music not only inspired all those around him, it saved lives. I think we can all relate to that. Music has certainly played an equally important role in my life as art and literature.

This holy trinity is what I turn to when I need inspiration, solace, or hope. Is it a small thing, the elevation music provides? Most certainly not. Next to love, I believe music is the most profound force in the universe.

My relationship with music is reminiscent of Shakespeare’s sentiments in The Tempest. I’m altering his words unforgivably here, but we are such stuff as dreams are made on; and our little life is rounded with music.

The power of Orpheus’ music to bring both people and animals together is what I see reflected here in Leucadia. It’s a close-knit colony of happy vibes, filled with friendly people and pets.

Orpheus Dog Park plays a big part in our lives. It’s small and inviting. I feel instantly relaxed every time we visit. Getting there in time to witness the sun set over the ocean is a perfect and healing thing. It heartens me to witness the sun vanish on the horizon, sometimes being doubly rewarded by a magical green flash, while surrounded by dogs and people I love.

Sloping towards the sea, Orpheus is a verdant and well-maintained park. It’s as inviting as Leucadia itself.

Show me a Pre-Raphaelite painting and I can share its history with you, dates, challenges the artist faced, the life of the model, and the narrative it depicts. And, as a bonus, I often throw in how it all relates to my life. (The bonus is mine, by the way.)

But ask me to describe the unique, vibrant experience of spontaneous acoustic music, camaraderie, and real friendship as it happens? It’s an airy-fairy cloud. There’s never a more you-had-to-be-there phenomenon than when art and peace intersect in real time, not for show, not for money, just for the love of it.

That’s what a neighborhood is.

That’s what Orpheus is.

The spirit of Orpheus lives in Leucadia. Right there, under that generous tree where the guitars and harmonicas wail as if they were descended from the lyre of the park’s namesake himself. With neighbors, dogs, and laughs.

From Spiritualist Roots, Leucadia Has Grown Pleasant State of Mind : ‘Special beach atmosphere’ keeps residents at home in this part of city of Encinitas.

Get Your Zen on in This Diverse Coastal Town

7 thoughts on “Celebrating My Mythic Neighborhood: The Music of Orpheus”