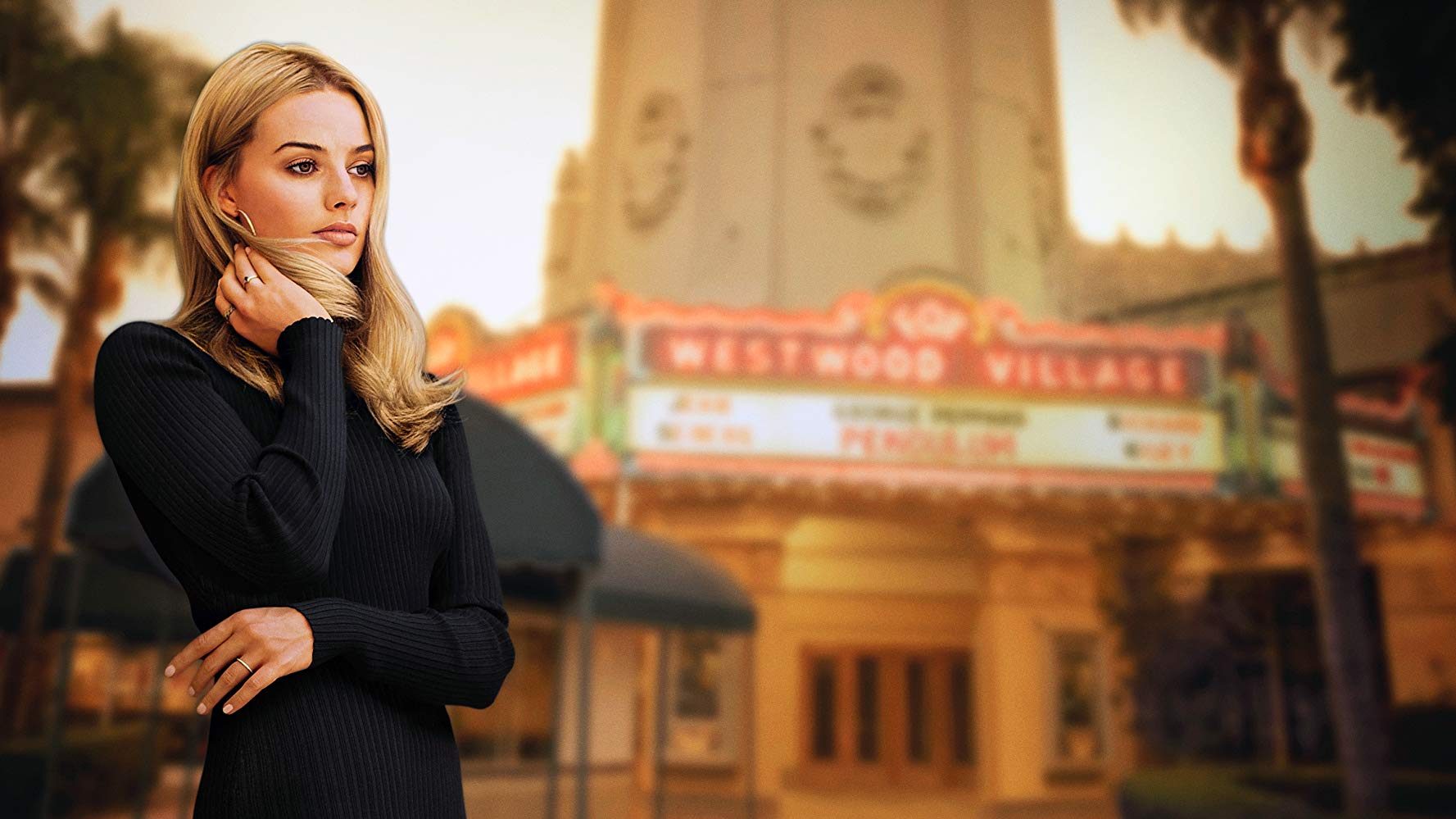 This post contains spoilers from Once Upon A Time in Hollywood. Please do not read further if you have not seen the film yet. You have been kindly warned.

Quentin Tarantino’s Once Upon a Time in Hollywood captures the vivid technicolor dream of 1969, a free-wheeling world in the midst of change. Sharon Tate and the Manson family provide a framework upon which the story is crafted, but the narrative truly belongs to Rick Dalton (Leonardo DiCaprio) and Cliff Booth (Brad Pitt). Dalton is a television actor whose star is fading; Booth is his loyal stuntman, whose career and success is forever tied to Dalton’s.

Rick is a flawed and multi-faceted character and Leonardo DiCaprio plays him masterfully. We see drunk Rick, desperate to have some control over a career that is slipping away. Then we see a Rick who musters all his courage and ability as he displays deeply profound skill and craftsmanship in a scene for the TV western Lancer. After Rick’s impressive take, the child actor he’s working with prompts genuine tears to flow from his eyes as she gives him the most precious gift she possibly could – she whispers to him that she just witnessed the greatest acting she had ever seen.

As we follow Rick’s struggle, we see daily life in late-sixties Hollywood. It’s a brand new world of starlets and hippies; old Hollywood and new are starting to merge and it was a chaotic, heady time. Rising star Sharon Tate is on the cusp of having it all: her career is taking off and she and her husband, director Roman Polanski, will be starting a family soon.

It’s a film infused with mirror images. Cliff’s literal function is to serve as Rick’s double, absorbing the blows as they come. Then there’s a star-studded cast of familiar faces, each portraying a celebrity face of yesteryear. The most delightful act of doubling is the scene where Margot Robbie, as Sharon Tate, visits a theatre and watches herself in The Wrecking Crew; it’s an utterly charming moment. As we experience those scenes along with her, it is the actual Sharon Tate we see onscreen. Tarantino is simultaneously paying homage to Tate while introducing her to a new, young audience who may have been previously unfamiliar with her work.

Most of us know how the lives of Sharon Tate and her unborn son ended. The Manson Family have permeated popular culture and I’d read countless books on the subject in my teens and twenties, which is why I was so surprised at the unexpected twist at the end of Quentin Tarantino’s film.

Stories that begin with “once upon a time” usually end with “and they lived happily ever after“.

That should have been my clue, but I didn’t even remotely see it coming.

After a rollicking two hours of nostalgic and aesthetic delights, the forboding time-stamped countdown begins; we know the moment of the murders is nearing. We follow Rick and Cliff’s boozy night on the town. We join Sharon Tate and company for dinner.

I began to brace myself for what I knew was coming. I expected it to be hard to watch.

The plot reversal was impressively choreographed and entertaining. Yet, I felt increasingly shocked and sad. The phrase “this is wrong, this is so wrong” kept repeating, unbidden, in my head.

Then Rick Dalton retrieves his flamethrower, a souvenir from one of his action films. I heard a smattering of audience members laugh. I’m sure we all remembered the scene earlier where he practiced using it in preparation for a movie role.

Rick inundates Susan Atkins with a hellish torrent of fire, extinguishing her incessant hysterical screams. The flamethrower made the murders comical – and that deeply horrified me.

I experienced this cinematic attack with a sense of duality. Every move on screen had a mental counterpoint because my brain felt the compulsion to dwell on what actually happened on Cielo Drive that night.

Is it arrogance to rewrite someone’s real-life ending, even a tragic ending that never should have happened? Once the glow wears off and the cinematic dust settles, the truth floods in with a vengeance when we remember what really did happen – voices were silenced forever and there’s no magical intercom that can restore them.

I walked away from the film feeling dismayed and in shock. Yet this movie wasn’t done with me. It needed to marinate, at its own pace.

As I tend to do with most movies I love, I spent the next morning diving down the Once Upon A Time… rabbit hole, reading articles about cameo appearances, learning about the real-life counterparts of characters portrayed (I found Wayne Maunder and Sam Wanamaker especially interesting).

I didn’t need to read about the Manson Family, the Spahn Movie Ranch or the grisly acts that occurred – I’d been through that particular pursuit many times before. It’s a case that baffles and shocks and, like many Gen Xers, the counterculture of the decade immediately before and of our birth can be a rabbit hole of its own.

Unexpectedly, Tarantino had earned my trust and captivated me with tender, truthful vignettes such as the one featuring little Trudi Fraser, the child actor who moved Rick Dalton to tears on-set when she commended his acting.

Kurt Russell delighted me. Luke Perry had amazing presence in what would, sadly, be his last role. I could gush endlessly about this film. Except for that gut-wrenching ending that seemed to thrill everyone else who had seen it.

It took me some time to search within as I attempted to discover the reasons for my viscerally anguished reaction to the film’s climax.

In 1997, my life took an unexpected turn when my son was born with Spina Bifida, a serious birth defect that occurs when the spine and spinal cord don’t form properly. Suddenly I found myself immersed in a world of hospitals, learning new terms, grappling with questions about both his current care and what the future would hold for him.

For nine months, my body had literally one job: to prepare the way for a healthy birth and life. I failed. In the year that followed, I was plagued with anxiety, fear, and the belief that I let my son down. I also fiercely took on the role of his biggest advocate – so while there were some unfathomable negatives, this is also when I became a fighter as a mother, a tenacious mama bear.

Coincidentally, it was then that I started seriously researching Pre-Raphaelite artist and model Elizabeth Siddal. At the time, I didn’t make the connection that I had been drawn to a woman whose pregnancy famously did not end as planned, but many of us fail to recognize the patterns that the gift of hindsight later reveals.

But there you have it, in the midst of my own difficult time, I reached out for Lizzie, who rocked the empty cradle of a dead child and later overdosed on laudanum while pregnant with her second, thus ending forever the possibility of her own evolution as an artist, as well as the limitless potential of her child’s life.

As much as I want to separate Lizzie, the true Lizzie, from the lurid anecdotes of Ophelia-induced ill health, laudanum addiction, and the infamous exhumation that overshadows her, I can’t always do that. I’ve tried. I’ve written about the fulfillment researching her has brought to my life. I’ve explored her art and poetry, all the while championing her and encouraging fans to attempt to see Lizzie as person and not a two-dimensional Pre-Raphaelite myth.

But the truth is, she did die of an overdose. Her husband did exhume her seven years later. It’s a shocking truth, it grabs your attention, it shapes your perception. I fight against seeing her defined by it – but as horrible as it is, without that act, many of us might never have fallen into the Lizzie rabbit hole in the first place.

And so, I wish I could have reveled in the Deus ex machina moment where Sharon Tate and her unborn son escaped the horrific consequences of that night, but I most assuredly didn’t.

The truth of what actually happened weighed heavily upon me as I left the theatre.  There wasn’t a happily ever after for anyone at 10050 Cielo Drive.

As audience members, we are collectively participating in the art, each bringing our own offerings to the table. When viewers immediately enjoyed Tarantino’s twist, perhaps it offered the relief they subconsciously longed to experience. Possibly, they instantly understood what the director set out to do, and appreciated his vision. For them, it was cathartic.

On my end, I realize that in exploring the experiences of Lizzie Siddal and Sharon Tate, I am plumbing the depths of my own struggles – and that’s inevitably going to inform my perception of the movie.

Pondering why the ending disturbed me to the extreme coaxes to the surface my deepest feelings about Elizabeth Siddal, Sharon Tate, even Sylvia Plath.

How we treat the deaths of talented women says a lot about us, I think. Do we idealize them? Do we gloss over negatives? We certainly don’t always approach their lives and work the way we do a man’s, but then the male achievers in history often have a larger documented body of work to explore. The women of history are often defined by their relationships with men – someone’s wife, sister, daughter – and we’re obligated to piece together whatever we can.

Or, in the case of Sharon Tate or Marilyn Monroe, we fetish their images. These tragic women are known for their unworldly beauty and the fantasies that ensue, recalling Edgar Allan Poe’s insight: “The death of a beautiful woman is, unquestionably, the most poetical topic in the world.”

Perhaps that pivotal last scene itself is another aspect of the doubling I mentioned before. We’ve gone with Alice through the looking glass – everything is similar, yet opposite. The Manson Family members who visit Cielo Drive in Once Upon a Time… are in a Tarantino-created Wonderland and Charles Manson isn’t the only Mad Hatter in town. Instead of reaping pain and destruction, they themselves are unwilling victims in a topsy turvy twist that subverts their Helter Skelter dream.

In Tarantino’s world, Sharon and her baby lived, if only on film. If that Once Upon a Time… gives her surviving family happiness and peace, then I celebrate that.

And in that same spirit, I celebrate the fact that good art prompts ideas and discussion. My initial discomfort with the “happily ever after” ending hurled me headlong into a fury of turbulent reflection.

We exist in an exciting 21st Century world where we can post selfies, heavily filtered to look as we wish we looked. Should we filter history as well, cinematically thwarting the Columbine killers before they went to school that day? Perhaps – if we do it with precision of thought, and an understanding that it invites discussion and investigation into the actual historical event.

My initial dislike of Tarantino’s ending was due to my knee-jerk assumption that an ending is final. That’s true in the real world, but not in art. In art, endings are often launch pads to new thoughts, new projects, new worlds.

Tarantino created the biggest ‘what if?‘ moment I have ever seen on screen, and while that was personally traumatic for me for a time, I believe his intentions were pure.

Sharon Tate’s life ended in a brutal and undeserved way. It was a tragedy that rocked the world and devastated the people who knew and loved her.

I’ve now come to view Once Upon a Time… in Hollywood as a celebration of luminous spirits like Lizzie Siddal and Sharon Tate.