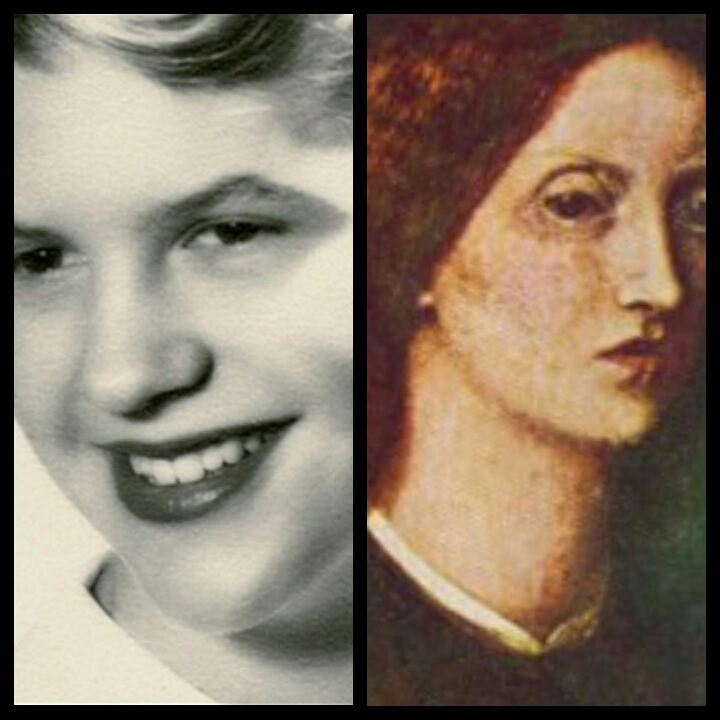 Saturday was the anniversary of Elizabeth Siddal’s death in 1862 and Sylvia Plath’s suicide in 1963. Both poets garner a lot of attention when February eleventh rolls around, and rightly so, because their lives and their work are important and should never be forgotten. Both poets have touched my life and I find it heartwarming to see so many online tributes towards them.

I have to ask myself, though, do their dramatic deaths at an early age influence the way we view their work? Is the source of the attention they receive mainly derived from the unshakeable and morbid legends that now surround their names? Plath and Siddal each have their own cult-like following, which is wonderful. On the other hand, it can be disturbingly intense when people overlook their actual lives and seem to see them as suicide-queens, real life Ophelias to which we can attach our own mental anguish. It’s as if Plath and Siddal couldn’t save themselves but they can save us if we pursue them relentlessly, bending and shaping their lives to suit the stories we so desperately want to believe. It’s all too easy to place them both on pedestals, beatifying them as if they were Dante’s sainted Beatrice. In doing so, we almost gleefully villify the men in their lives. Neither poet Ted Hughes or Pre-Raphaelite poet and painter Dante Gabriel Rossetti could ever be held up as an example of a perfect husband. I do not defend their behavior, not by a longshot. Yet neither should we approach Siddal/Rossetti and Plath/Hughes in such a two dimensional way. Discussions of them can become very black-and-white as if we have ceased to see them as complex individuals and now view them through eyes filtered by television tropes, with Rossetti and Hughes resembling the devilish rogues you love to hate. They were people, not pantomime characters.

I feel quite strongly about suicide.  I have seen its ugly aftermath.  I do not want to glamorize it.

In saying all this, I in no way want to pull two of my favorite poets off of any pedestals we have placed them on. Rather, I’d like us to slow down and study them deeply with attitudes that are less inclined to be rabid fans and more inclined towards a thoughtful, academic approach. They deserve that. Their work deserves it. We deserve it too, for that matter. We deserve heroines who can be celebrated for their flaws and their triumphs in an honest and unflinching way.

Through this site I receive many comments and emails from fans who hate Dante Gabriel Rossetti intensely due to his treatment of Siddal and criticize how often my blog posts explore his work. I will not tell you how to feel or think about any artist whose work you love. But I simply can not force artists into boxes or embrace a #TeamLizzie over a #TeamRossetti fanatic attitude. They are not fictional characters. They are artists whose works have been an integral part of my life and I want to study them without idealizing them. We should never gloss over or minimize the tragedies of their deaths, but let’s not focus on their deaths in an unbalanced way that forces us to mythologize them rather than truly studying them.