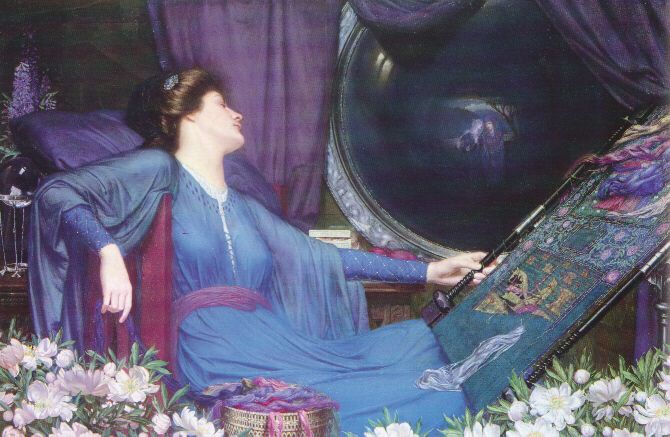 When I was fifteen years old, my father taught me how to drive. I was eager, yet scared, and Dad wanted to give me ample opportunity to practice, so we drove together often. He’d pick a destination and I would drive while he critiqued and instructed me. Luckily, he is both an extremely patient man and an excellent teacher.

One Sunday afternoon, we set out on the highway. He’d decided that after roughly 20 miles, I’d make a U-turn at a local historical monument and then head back to town.

It was a beautiful day and with very little traffic, driving had been a breeze. He guided me as I turned into the monument parking lot, which was always an isolated and quiet place.

There were local urban legends, usually whispered by teenagers, that there was some sort of cult that hung out there. I’m sure that wasn’t true; it was one of those tales that grew in the telling. But, there had been vandals who had spent nights there, kicking over grave markers, spray painting graffiti, and littering the area with trash. The place had developed a ghostly reputation and even now, if you google Killough Monument you’ll find a wealth of posts online from people claiming to have witnessed paranormal activity there.

I find this ironic now, given what happened the day Dad and I made that unsuspecting U-turn.

I pulled into the cul-de-sac parking lot and there was only one car parked there, awkwardly positioned near the center, facing us. As I maneuvered around it, I glanced at the man in the driver’s seat.

It was such a quick glance that for years afterward I was always baffled at the fact that it only took me a second to realize he was dead. I’ve never understood how I could know so quickly, but I did, and suddenly I found that I could not speak.

I think I took my foot off the gas; the car was moving forward at the slowest crawl possible.

My dad told me to pick up the pace, to keep going.

“Don’t worry about him,” Dad answered, and I could tell that he was starting to lose his patience. I don’t blame him. He had not seen what I had seen and it was the most awkward, painful U-turn ever.

I pulled around behind the car slowly and could see the blood on the back window. I continued on and once we were even with him, I stopped and turned my head. From that side, it was painfully obvious that he had shot himself or had been shot.

I looked back at my dad. I will never, ever forget the look on his face.

He must have been as scared and shocked as I was, but he gathered his wits and told me just to hit the gas. He took the wheel from his position in the passenger seat, knowing without needing to be told that I just couldn’t handle driving.

I realize now that he didn’t want us to get out of the car and trade places in case the man had been killed and someone dangerous was still in the vicinity. As we drove away, we saw a police car and flagged it down. He’d already been notified by someone and was on his way to the scene.

And that was that.

We learned later that the man had died of a self inflicted gunshot wound. That’s all I know. Sometimes I wish I knew his name. I wish I had known who to mourn.

The rest of the week was horrid.

I had trouble sleeping and when I was able to drift off, I saw his face.

I was visited by nightmares where the entire scene would play itself out again, only this time the man would look up and talk to me.

I’m not ashamed to admit that, at fifteen years of age, I ran into my parents’ room and climbed into bed with them. I just couldn’t be alone with all these images in my head. I needed to feel safe and surrounded by the love of my mom and dad. I think Dad may have needed it too.

Since that day, I feel as if I’ve been punched in the gut every time I hear of a suicide, because I know the ugly truth of what they have done to themselves and how tortured they must have been to reach that level of desperation.

I’ve seen the aftermath of that agony and it is now embedded in my psyche. I remember it all over again and while I do, my heart breaks for the family members they left behind. A death like this is nothing but tragedy and pain all around for everyone involved, even a stranger who accidentally wanders into the path of their destruction. There is no way to sugarcoat it, it is ugly and raw and gut-wrenching.

As time passed, I thought of the incident less and less, but it was always one of those shocking experiences that hid there, lingering just under the surface until some random thing would remind me of it. When the horror would slither to the surface, the miasma of it hung upon me like an invisible shroud.

It was a phantom I could not shake.

I shared the memory with my children once they were old enough to hear. I wanted them to understand the tragedy, the permanence, of suicide. I wanted them to know that nothing was worth such a desperate, permanent step and that I am always here to turn to, no matter what. I’m sure that man had at least one person in his life who would give anything to have been there for him had they known what he was about to do.

I just want my kids to know that I will always help however I can – I want everyone to know. Even you, a visitor to this site, perhaps reading my blog for the first time. I’m here. I’ll listen. You can email me.

Last year, I was reading Neil Gaiman’s book The Ocean at the End of the Lane and suddenly I got a glimpse of Dad and myself on that day.

There’s a scene in the book where a young boy and his father find a man who has committed suicide in a car. After so many years, it was the first thing that I had ever read that captured the essence of what we experienced.

It was so profound that after reading that passage, I had to set the book aside and walk away, literally separating myself from it as I processed the synthesis of my memories and the Gaiman’s fictional scene.

His written passage unleashed a plethora of emotions, but instead of feeling the stifling weight of that horror, I felt for the first time as if I was setting it free.

Reading my own experience set within a world of Gaiman’s creation gave me a safe outlet in which to reflect on emotions I had long ignored.

I felt as if reading that enabled me to take the memory and say farewell to it, without burying it or pretending it had never happened. I’m sure the dreadful image will pop up every now and again. Yet somehow after reading that book, the remembrance no longer has the same terrifying hold.

Books are an art form that allows us to indulge in escapism and sometimes, without looking for it, we can happen upon a book that heals.

Because of my experience reading The Ocean at the End of the Lane, I’ve begun to ponder art as a mirror.

Perhaps the art, literature, and movies we love are so important to us because through them, we see either ourselves as we are or the self we would like to be.

Are we seeking what heals us? On several occasions, I’ve told people that in studying and blogging about Pre-Raphaelite art, I uncover as much about myself as I do the paintings and artists that I pursue.

The art that resonates with me is not merely a collection of beautiful images that I find aesthetically pleasing; there is something deeper there. Whether it’s symbolism or a certain narrative, to explore art in a rich way like this provides ample opportunity to not only research the lives of fascinating artists, but to also understand and know myself.

“Shakespeare said that art is a mirror held up to nature. And that’s what it is. The nature is your nature, and all of these wonderful poetic images of mythology are referring to something in you. When your mind is trapped by the image out there so that you never make the reference to yourself, you have misread the image. The inner world is the world of your requirements and your energies and your structure and your possibilities that meets the outer world. And the outer world is the field of your incarnation. That’s where you are. You’ve got to keep both going. As Novalis said, ‘The seat of the soul is there where the inner and outer worlds meet.”

Joseph Campbell, The Power of Myth.

Regular readers of this site know that I like to explore Pre-Raphaelite art in a deeply personal way. It has become something that influences different areas of my life in myriad ways.

Pre-Raphaelite art includes many beautiful yet different types of women. On one end of the spectrum, we have damsels in distress who long to be rescued. On the other end, we have goddesses and mythological women who don’t need rescuing – they burn with the strength of their own power.

Here I am, a modern woman drawn to Pre-Raphaelite art because I have played each of those roles throughout my lifetime. The power of art and literature reflects back to you who you’ve been and who you are, but it also lights the path and shows you who you can be. Right now you may be the anguished damsel, but you have the power to transcend that temporary state and become a goddess.

We are all in search of something, we all have dreadful memories that cry out for relief. The most healing moments I’ve experienced through reading have never been inspired by the pages of a self-help book.

My moments of recovery have come through the words of Shakespeare and Keats. Tennyson. A.S. Byatt. A sense of triumph comes from conquering Charlotte Perkins Gilman’s Yellow Wallpaper. Feelings of recognition spurred by Daphne Du Maurier’s nameless heroine in Rebecca.

It’s an endless, swirling list. Both solace and inspiration comes to me through Millais’ Ophelia, the collective ladies of Shalott, the skies of John Atkinson Grimshaw. The blue of Mariana’s dress. Richard Dadd’s fairies.

My advice to you is this: Don’t shut yourself off. Keep reading and pursuing. Nourish your mind and soul intellectually and emotionally. Seek out inspiring literature. Immerse yourself in music. Watch movies, explore paintings you love. Meaning will surely follow.

Discover beautiful things and hang on to them.

7 thoughts on “Art is a Mirror”