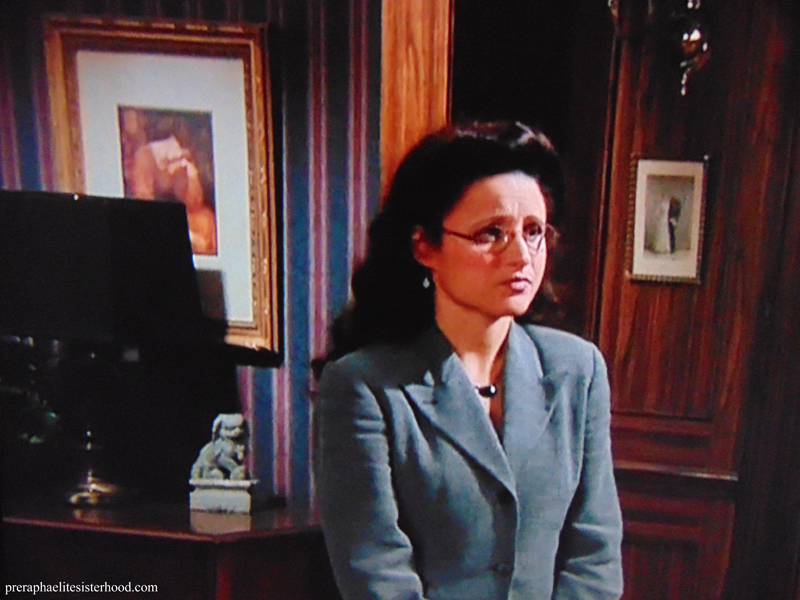 I’ve added a new entry to the Unexpected Sightings page.

‘Reverie’ by Dante Gabriel Rossetti can be seen in the background of NBC sitcom  Seinfeld.  This is Mr. Pitt’s apartment, where the character Elaine works as Mr. Pitt’s personal assistant.  Sixth episode of the sixth season of Seinfeld, titled ‘The Gymnast’. 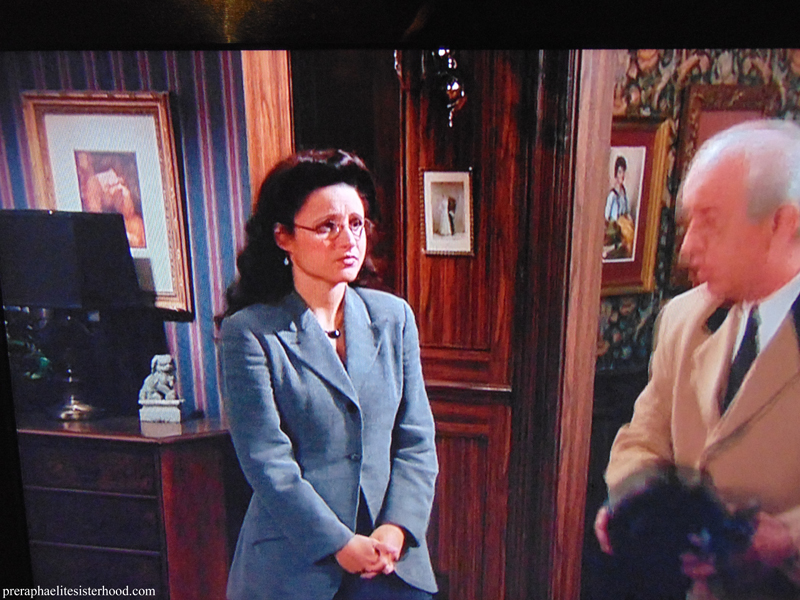 Reverie was possibly painted by this photograph of Jane Morris.