Dante Gabriel Rossetti wrote a sonnet inspired by this painting, which you can read a great deal of background on at The Rossetti Archive:

I’ve also scanned the poem from my own volume of Rossetti’s works because it represents my favorite reading experience:  a beautiful hardcover book with gilt edged pages, that certain typeset from yesteryear, and a slightly musty yet welcoming smell.  I’m not sure how old my volume is, but it was published by Hurst & Co. which existed between 1871 and 1919. 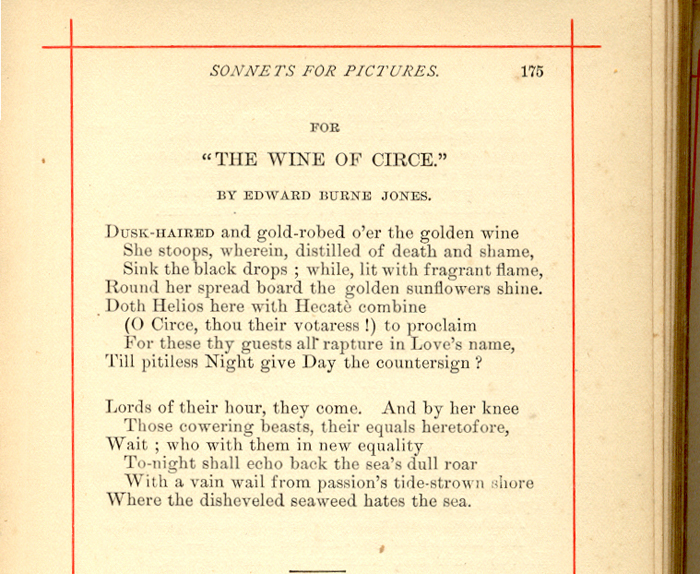 6 thoughts on “The Wine of Circe by Edward Burne-Jones, Poem by Dante Gabriel Rossetti”