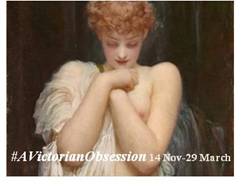 Leighton House Museum has announced an upcoming exhibit: A Victorian Obsession (November 2014 – March 2015), which will present fifty exceptional and rarely
exhibited paintings by leading Victorian artists including Lawrence Alma-Tadema,
Dante Gabriel Rossetti, John Everett Millais, Edward Burne Jones and Lord Leighton
himself amongst others. The collection which belong to Mexican collector Juan
Antonio Pérez Simón, has never been shown in the UK and will be hung throughout the
stunning interiors of Leighton House.