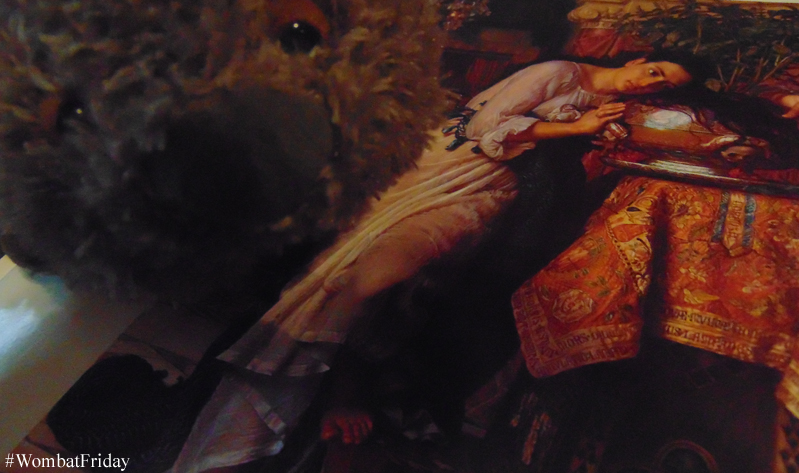 It’s Wombat Friday!  Our hero the Wombat can be seen here with William Holman Hunt’s Isabella and the Pot of Basil.  You can see it and other versions of Isabella in Love, Death, Potted Plants.

This week was the anniversary of Agatha Christie’s death, so here’s a post at The Kissed Mouth about Agatha Christie and Burne-Jones.  Also this week, Kirsty had a rather, ahem, captive audience.

I embraced art of the night, a beggar maid, and celebrated John Singer Sargent’s birthday by sharing his painting of Dame Ellen Terry as Lady Macbeth, along with her beetle wing gown.

The Pre-Raphaelite Society has announced their February book club selection is none other than Rossetti’s Wombat.  A lecture by Philippa Martin entitled ‘Dorothy Dene: Posing for Leighton’ will take place on the 24th of January at 11am at the Birmingham & Midland Institute, Margaret Street, Birmingham. Reception from 10.30 a.m. in the John Peek Conference Room. 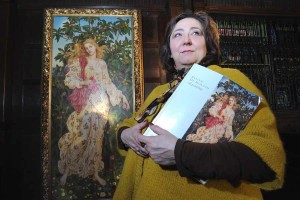