Thaddeus Fern Diogenes Wombat, known to his closest friends as T-Dub, is a worthy assistant here at Pre-Raphaelite Sisterhood.  He has an active imagination and loses his heart easily, like most earnest wombats who love epic dramas and mythology. This week he has fallen in love with Jane Morris as Pandora. 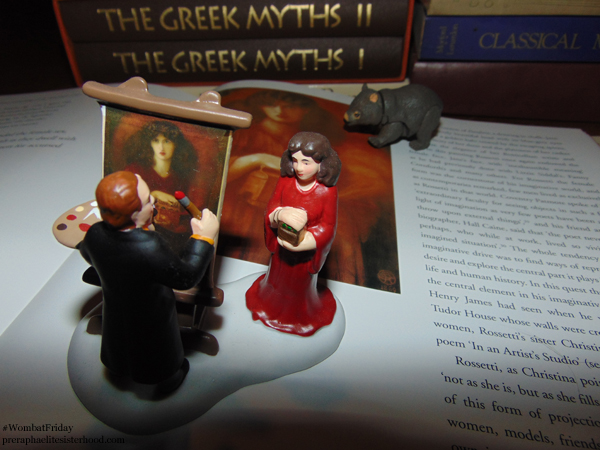 What of the end, Pandora? Was it thine,
The deed that set these fiery pinions free?
Ah! wherefore did the Olympian consistory
In its own likeness make thee half divine?
Was it that Juno’s brow might stand a sign
For ever? and the mien of Pallas be
A deadly thing? and that all men might see
In Venus’ eyes the gaze of Proserpine?
What of the end? These beat their wings at will,
The ill-born things, the good things turned to ill,—
Powers of the impassioned hours prohibited.
Aye, clench the casket now! Whither they go
Thou mayst not dare to think: nor canst thou know
If Hope still pent there be alive or dead.

Apparently T-Dub sees the same unique beauty in Jane’s face that Rossetti did. 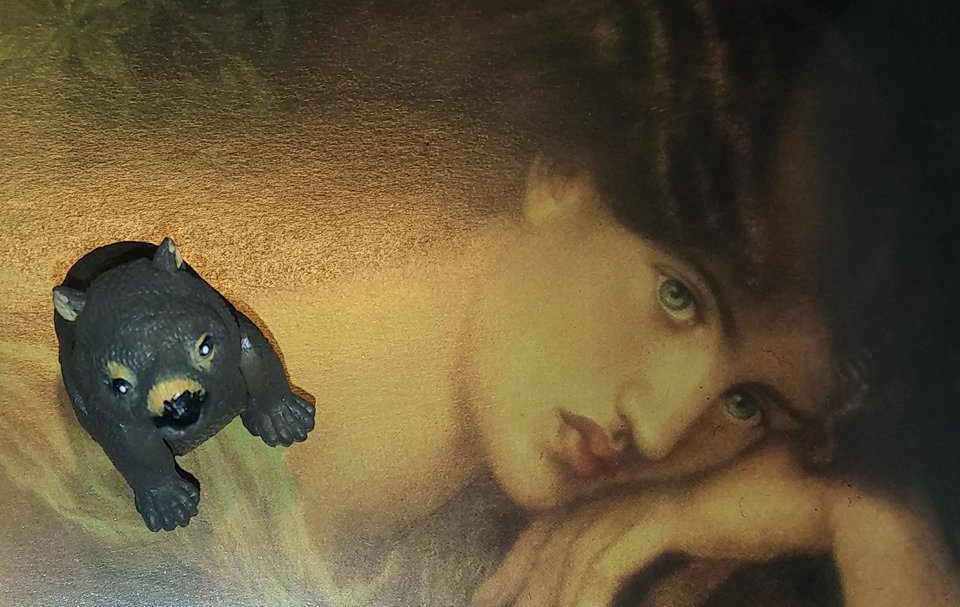