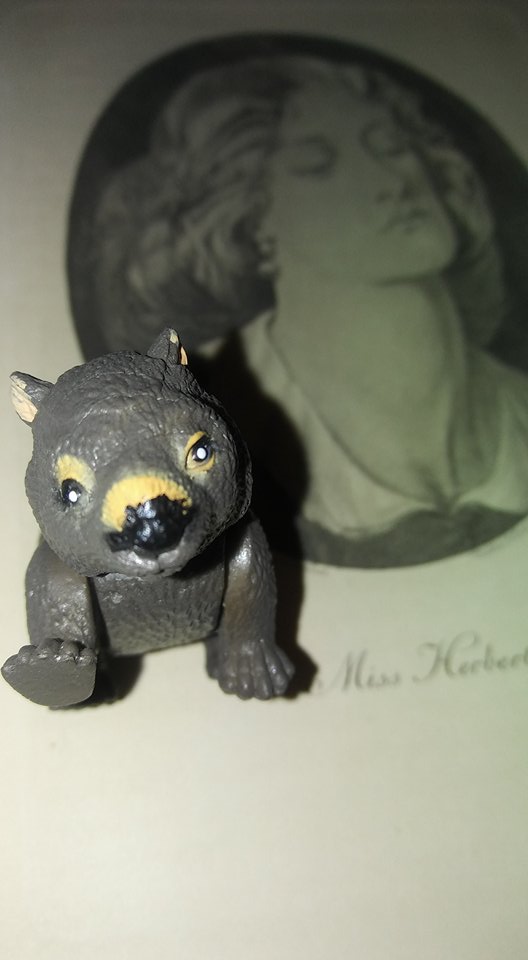 Thaddeus Fern Diogenes Wombat (T-Dub to his close friends) is mad about Pre-Raphaelite Stunners.  So, I thought I’d introduce him to Ruth Herbert today.

“The beautiful Miss Herbert, then acting at the St. James Theatre, used to come sometimes to sit to Watts, and the younger men, if they were there, would gather round her and make studies also. Echoes of their admiration reached us young people, to whom theatres were things unknown, and once we were shewn a small water-colour made by Gabriel of her, radiant in golden hair, – – just the head and throat on an emerald-green background– and deeply did we feel the tribute rendered to her beauty when we read the names which he had written around the four sides of the little picture: “BEATRICE HELEN GUENEVERE HERBERT”. I first saw this lady one evening in the early days of our marriage, at the house of friends and ours, Mr. and Mrs. Street, and then after many years we met again in Rottingdean, when Miss Herbert drove out from Brighton and she and my husband shook hands across the gulf of time. Her grace and dignity of bearing remained very striking, and I do not think there could have been a shock on either side, for both still visibly carried the marks of their distinguishing gifts–of power and of beauty. (The Memorials of Edward Burne-Jones, volume I by Georgiana Burne-Jones)

Ruth Herbert was a Victorian actress who was drawn frequently by artists in the Pre-Raphaelite circle.  Dante Gabriel Rossetti used her features a great deal and once wrote to William Bell Scott while waiting for her arrival:

I am in the stunning position this morning of expecting the actual visit at 1/2 past 11 of a model whom I have been longing to paint for years — Miss Herbert of the Olympic Theatre– who has the most varied and highest expression I ever saw in a woman’s face, besides abundant beauty, golden hair, etc. Did you ever see her? O my eye! she has sat to me now and will sit to me for Mary Magdalene in the picture I am beginning. Such luck!

This drawing by Rossetti is of Fanny Cornforth and George Boyce, but Ruth Herbert’s portrait can be seen on the wall. 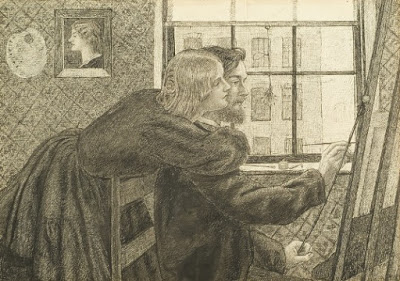 We live in the age of Instagram, where actresses and reality-tv-starlets pepper our news feeds.  In a world where you can be famous without actual talent or achievement, it’s nice to glimpse an actress of a bygone time.  An actress whose features we might never see or whose name we might not hear of had she not captured the fancy of several Pre-Raphaelite artists and their friends.  Here’s to you, Ruth Herbert. 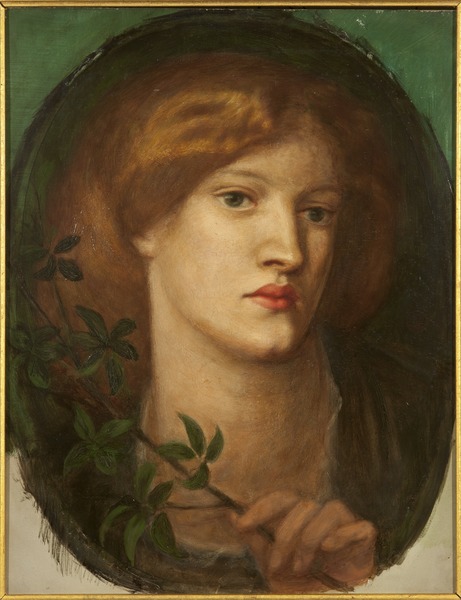