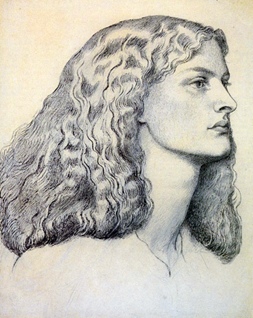 Via The Press Association:

A portrait previously owned by LS Lowry of an “enthralling” artists’ muse will go under the hammer next month.

She was the subject of a permanent rift between two of the Pre-Raphaelite Brothers – William Holman Hunt (1827-1910) and Rossetti. The picture will go on sale in Christie’s sale of Victorian and British Impressionist Pictures including Drawings and Watercolours in London on June 4.

2 thoughts on “Annie Miller portrait soon to be auctioned”