Ah, another book to add to my ever-growing wish list.

I discovered this soon-to-be-published book via Artmagick’s facebook page and I knew I wanted it as soon as I saw that it was edited by Elizabeth Prettejohn.  It is available for pre-order, but I do not know if it will be available for purchase in the U.S. 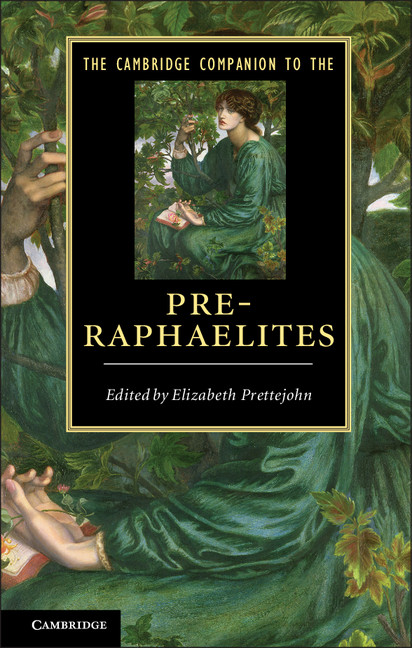 From the publisher:  The group of young painters and writers who coalesced into the Pre-Raphaelite movement in the middle years of the nineteenth century became hugely influential in the development not only of literature and painting, but also more generally of art and design. Though their reputation has fluctuated over the years, their achievements are now recognised and their style enjoyed and studied widely. This volume explores the lives and works of the central figures in the group: among others, the Rossettis, William Holman Hunt, John Everett Millais, Ford Madox Brown, William Morris and Edward Burne-Jones. This is the first book to provide a general introduction to the Pre-Raphaelite movement that integrates its literary and visual art forms. The Companion explains what made the Pre-Raphaelite style unique in painting, poetry, drawing and prose.

2 thoughts on “Coming September 2012: The Cambridge Companion to the Pre-Raphaelites”