I was happily surprised this morning when a mundane trip to my local Wal-Mart resulted in a Pre-Raphaelite sighting: 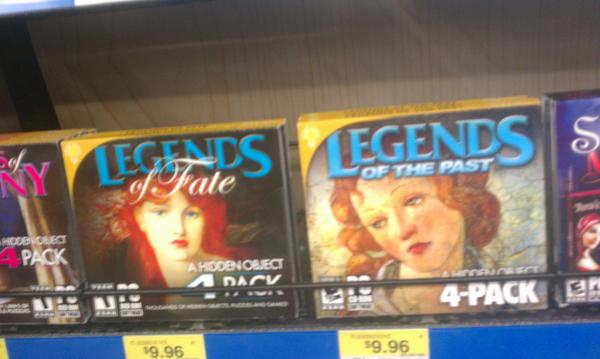 A portion of Dante Gabriel Rossetti’s painting La Ghirlandata graces the cover of a computer game called Legends of Fate.  I’m tempted to go back and buy it just to see if there’s any art in the game. 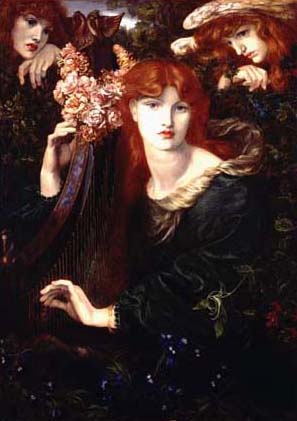 The main model in this piece is Alexa Wilding.  The angels were modeled by May, the ten year old daughter of Jane and William Morris.

I found a trailer online.  This is not a game series that I am familiar with, so if you’ve played it please let me know what you think.  It looks like a game my kids and I might like: