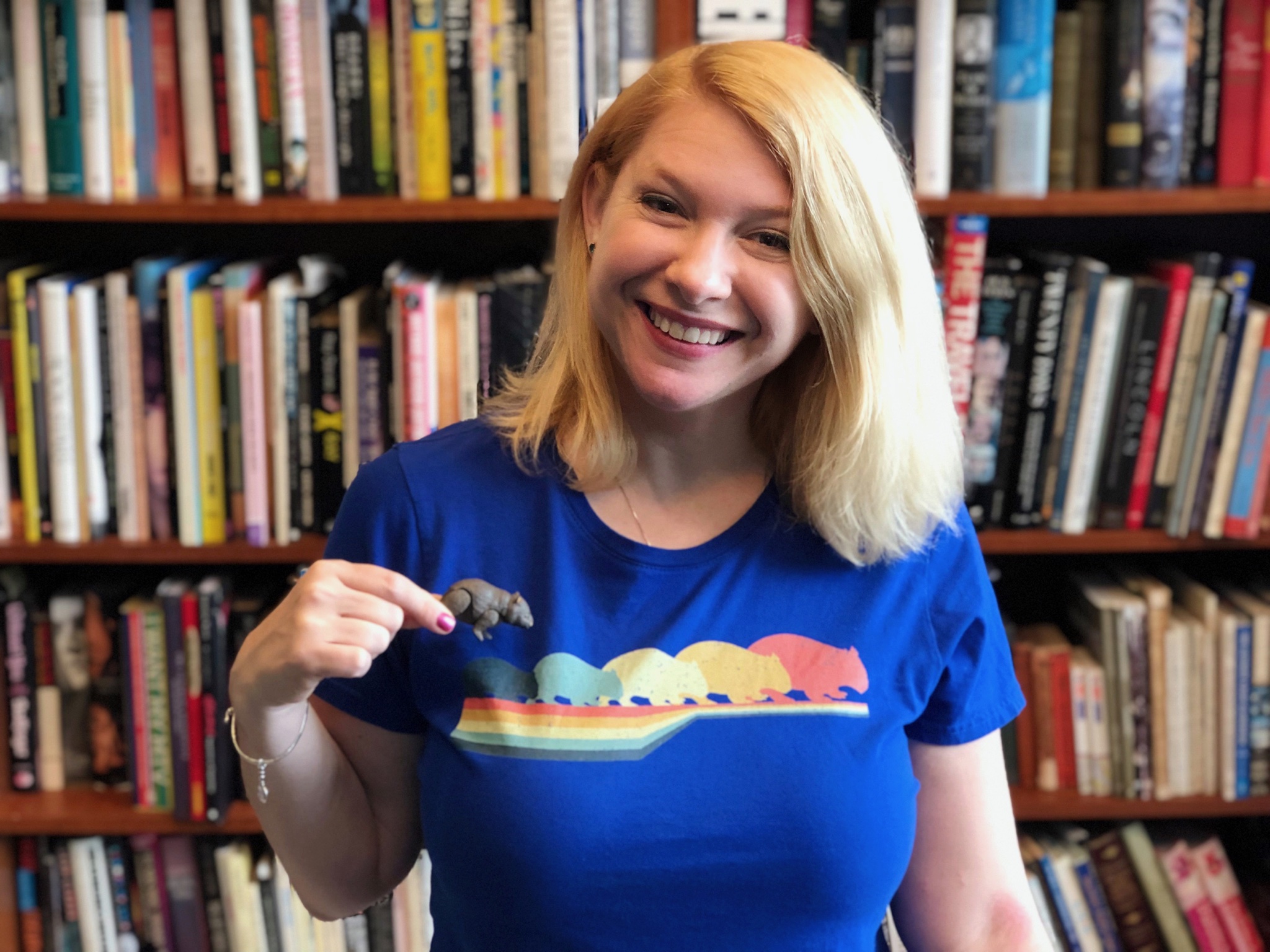 Artist Dante Gabriel Rossetti said it best: “The Wombat is a Joy, a Triumph, a Delight, a Madness!”

I quote his statement a lot because, let’s face it, I spend an inordinate amount of time posting those sassy little marsupials on social media. Rossetti’s passion for wombats is well documented and the sheer joy in his statement is palpable.

Who wouldn’t want to share that joy? That delight and madness?

In addition to that wombatty exuberance, today I long to share something deeper.

I was recently reminded of this passage from The Life and Letters of Sir John Everett Millais, published by his son, John Guille Millais, three years after his father’s death:

“A common mistake that critics make is in assuming that the Pre-Raphaelite movement owed its origin to [art critic] Mr. Ruskin. Amongst other writers on the subject is Max Nordau, and his statements are for the most part entirely wrong. He attributes the origin of the Brotherhood to the teachings of Ruskin but Holman Hunt and Millais were Pre-Raphaelites before Ruskin ever wrote a line on the subject. At the Academy one of Mr. Ruskin’s admirers lent Hunt a copy of ‘Modern Painters’, and Hunt read it with enthusiasm, as partially embodying is own preconceived ideal of art. Millais, however, refused to do so, saying he had his own ideas, and convinced of their absolute soundness, he should carry them out regardless of what any man might say. He would look neither to the right nor to the left, but pursue unflinchingly the course he had marked out for himself. And so he did.”

That phrase captivates me; pursue unflinchingly.

It denotes such dedication, an unwavering sense of self and purpose.

What does it mean to pursue unflinchingly?

In the hands of the immature and the selfish, it could wreak havoc. To barrel through life convinced your own path is best, regardless of others and without empathy, isn’t going to get any of us very far.

But in Millais’ instance, as is the case for many great achievers of the world, there is something to be learned from determining your own ideals and boundaries. Something about resolutely pursuing your truth.

The phrase Millais’ son chose to use when writing that passage is now stuck in my head, like a tune, urging me to know myself, understand my vision, and pursue unflinchingly the gifts I’d like to create and share with the world.

And since I enjoy blending ideas together like a literary sommelier, let’s add a splash of Rossetti and Sir Edward Burne-Jones to our Millais quote for a trifecta of inspiration.

When Georgiana Burne-Jones wrote about her husband’s life in The Memorials of Burne-Jones, she described what Burne-Jones learned from Rossetti:

“All the actual study of painting that Edward did with Rossetti was a few mornings’ work in his studio, but what he learnt from him was far more than painting. “He taught me to have no fear or shame of my own ideas, to design perpetually, to seek no popularity, to be altogether myself — and this in not any words I can remember, but in the tenor of his conversation always and in the spirit of everything he said. I remember that he discouraged me from study of the antique–the classical antique– giving as his reason that such study came too early in a man’s life and was apt to crush out his individuality; adding that when a man had once found his own and was much older and could front the fear of being crushed, a year or so given to much study would be an excellent thing.  So what I chiefly gained from him was not to be afraid of myself, but to do the thing that I liked most: but in those first years I never wanted to think but as he thought, and all he did and said fitted me through and through.  He never harangued or persuaded, but had a gift of saying things authoritatively and not as the Scribes, such as I had never heard in any man.” [Bold emphasis mine.]

Shall we blend them all together for one final motivational stimulant?

“Pursue unflinchingly. Have no fear or shame of your own ideas, to design perpetually, to seek no popularity, to be altogether yourself. Do not to be afraid of yourself, but do the thing that you like most”.