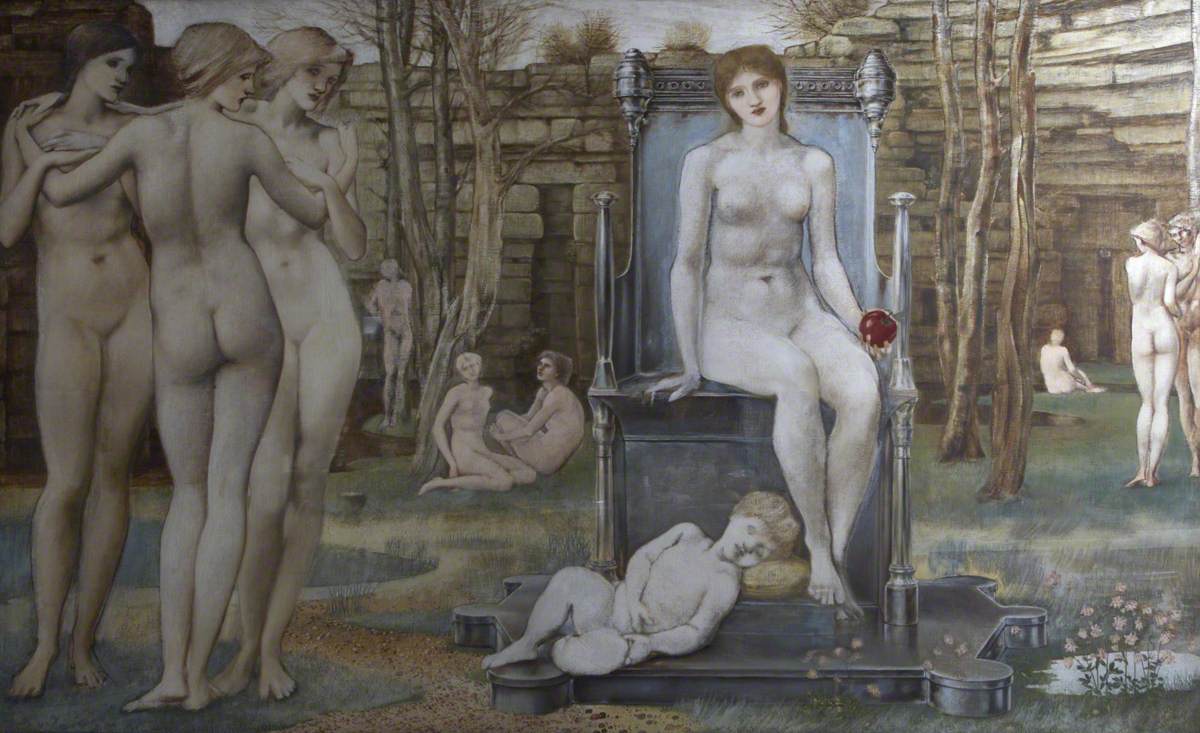 In her memorials of her husband, Georgiana Burne-Jones gives us a glimpse into the creation of Venus Concordia (pictured above). “After ‘The Fall of Lucifer’ was finished, ‘Venus Concordia’, long patiently waiting its turn, was taken up again.  With the three Graces who stand together at the right hand of the Goddess Edward took endless … Read more

Burne-Jones’ painting The Mirror of Venus is a celebration of female beauty.  Ten women, often identified as Venus and her attendants, gather around their own watery reflections.  The landscape is no rival for their beauty — it’s a bleak land that was described by author Christopher Wood as ‘strangely lunar’. The painting doesn’t offer us … Read more

Venus Verticordia, painting and poem both by Dante Gabriel Rossetti. Alexa Wilding posed for the painting, although I’ve read that Rossetti also used Fanny Cornforth. Venus Verticordia She hath the apple in her hand for thee, Yet almost in her heart would hold it back; She muses, with her eyes upon the track Of that … Read more