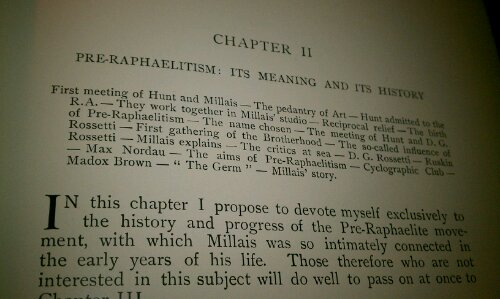 About a year ago, I was lucky enough to acquire a two volume set of The Life and Letters of Sir John Everett Millais, written by his son in 1898.  It’s a beautiful set that I’ve longed to own, but was unable to give it the attention it deserves as my husband was still recuperating from a horrible bone infection.

Recently, though, I have begun to tackle them with passion.  I transcribed the portions relating to Millais’ painting of Ophelia at http://lizziesiddal.com/portal/ophelia/.  And over the weekend, I thought it would be a brilliant idea to transcribe the chapter devoted to the formation of the Pre-Raphaelite Brotherhood.  An entire chapter.  Several paragraphs in and it occurred to me that this huge chunk of text might be too overwhelming for the reader if I posted it as a blog post and decided I should create a separate page for it here on the site.

Then, because these things always happen when it is most inconvenient, my laptop crashed.  Particularly vexing as I just replaced the harddrive in August. Not to be daunted, I figured that while my laptop was in the shop, I would continue with my transcription using my smartphone.  Not the brightest of ideas, since it means I’m only using two fingers and its taking a very long time.  It is taking a while, but I’ve done too much to stop now.  As a bonus, though, I realized that through all of this I am absorbing the text in a deeper way.  Or perhaps I am just a bit insane, because I do realize that to someone who doesn’t know me, choosing to do something so tedious might seem strange. Is it odd that I enjoy copying out 19th century text? 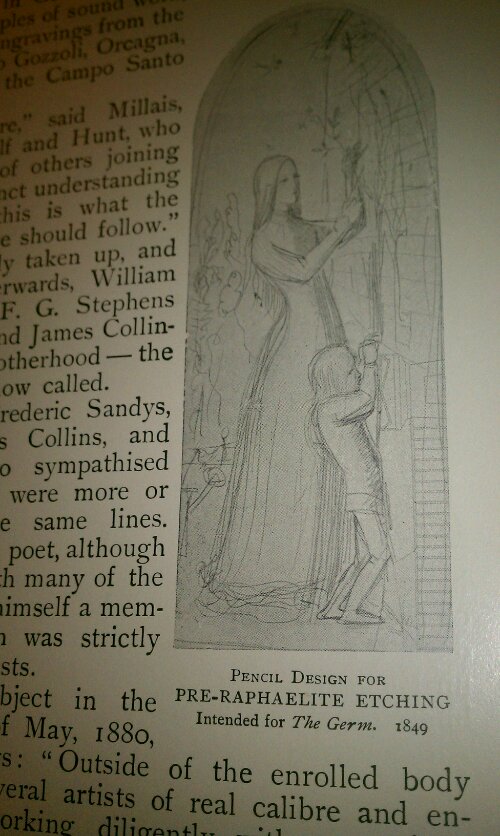 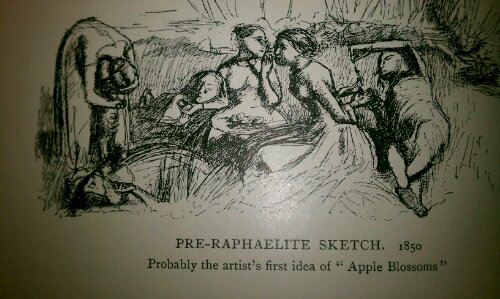 4 thoughts on “This is what Pre-Raphaelite obsession leads to”