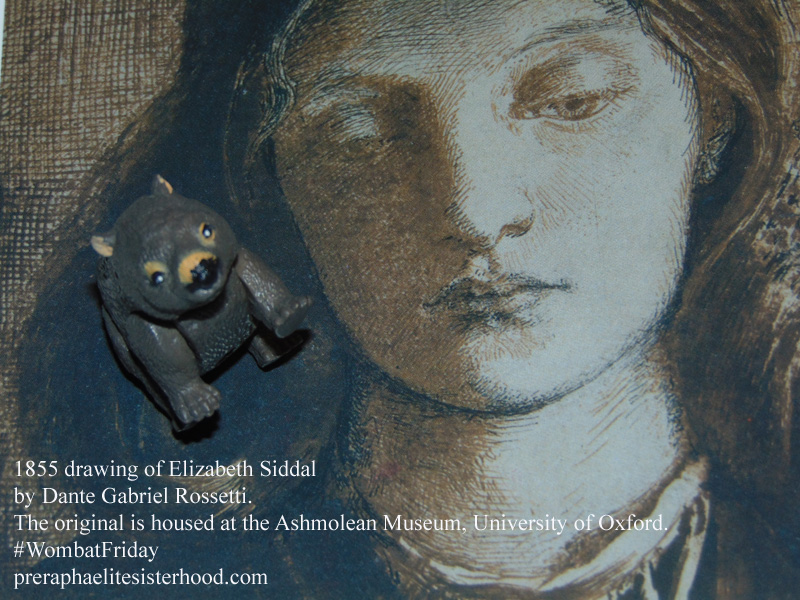 When we read about Elizabeth Siddal, it is quite often an account written with shades of sadness and melancholy, which is understandable as she endured several tragedies in life.  She died of a laudanum overdose in 1862 and when her husband, Dante Gabriel Rossetti, had her coffin exhumed in 1869 so that he could publish the poems he had buried with her, he sealed her fate as a macabre literary legend.  When reading about her, it can be hard to feel a sense of the real Lizzie as opposed to the Ophelia-like figure of Pre-Raphaelite lore.  This is why I enjoy Georgiana Burne-Jones’ descriptions of not only Lizzie, but others in their circle.

The wife of artist Sir Edward Burne-Jones, Georgiana wrote of her husband’s life and career in Memorials of Burne-Jones.  It is a fascinating book that spans two volumes and it is a resource I turn to quite often.  In her Memorials, I feel I have a stronger sense of Elizabeth Siddal and how Georgiana saw her.  It is a lovely glimpse into their unique Pre-Raphaelite world.  So, for this #WombatFriday, my worthy wombat assistant T-Dub is getting a close look at Elizabeth Siddal and Georgiana Burne-Jones’ thoughts about the day they met.

“Rossetti and his wife, after their return from Paris, took a lodging at Hampstead, but she was so ill at first that we never saw her till the end of July, when to our great delight a day was fixed for the deferred meeting, and Gabriel suggested that it should take place at the Zoological Gardens. “The Wombat’s Lair” was the assignation that he gave to the Madox Browns and to us.  A mention of this meeting in a letter that I wrote next day gives the impression of the actual time: “She was well enough to see us, and I find her as beautiful as imagination, poor thing.”

“Whilst we were in her room she shewed me a design she had just made, called “The Woeful Victory” –then the vision passes.”  (Memorials of Burne-Jones, Vol. I)