Imagine discovering a double from another century. In 2004, it happened to Dutch artist Margje Bijl. She was given a photograph of Jane Morris by an acquaintance and at first glance thought she was looking at herself. Intrigued by Jane and inspired by their similarity, she has created the project ‘Reflections on Jane Morris’, in 2009. The photograph in question, by the way, is the same photograph that appears in the Pre-Raphaelite Sisterhood header above. 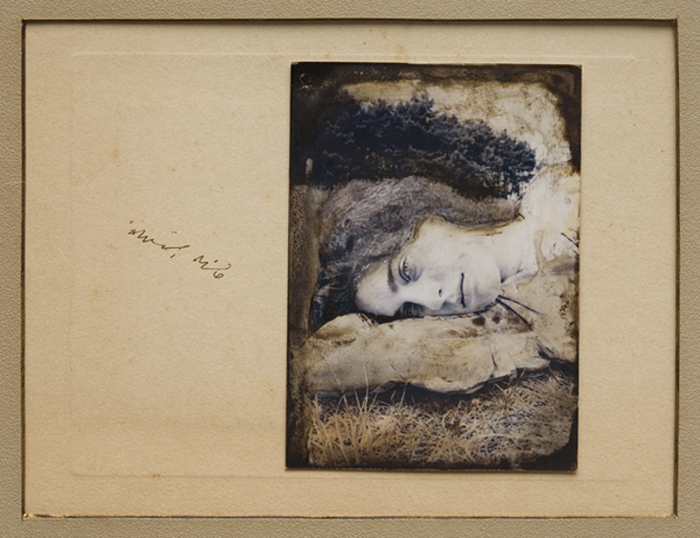 Musing in the Meadow, Margje Bijl, 2010
Bistre ink and home made iron gall ink drawing
on an original photo by Sipco Feenstra, 1992

Conversing with Margje online, it’s soon clear to me that her interest in Jane goes deeper than their physical similarity.  She relates to Jane and has a clear desire to learn about her life and explore the parallels that they seem to share.

Margje says: “Since she was 17, Jane Morris owed her public existence to Rossetti’s view. Her intriguing appearance differed from the existing norm.  She inspired Rossetti to create a new ideal of which she became the embodiment. The poses in which Rossetti put her during the photo shoot of 1865 can be found in numerous paintings. He did not paint her natural beauty, however, but imagined her as a mythical goddess. The difference between the image of Jane Morris in the photos and the paintings is so extreme that my photos resemble more hers than her painted resemblance. It is therefore my underlying intention to free Jane Morris of the myth that has been created around her”. 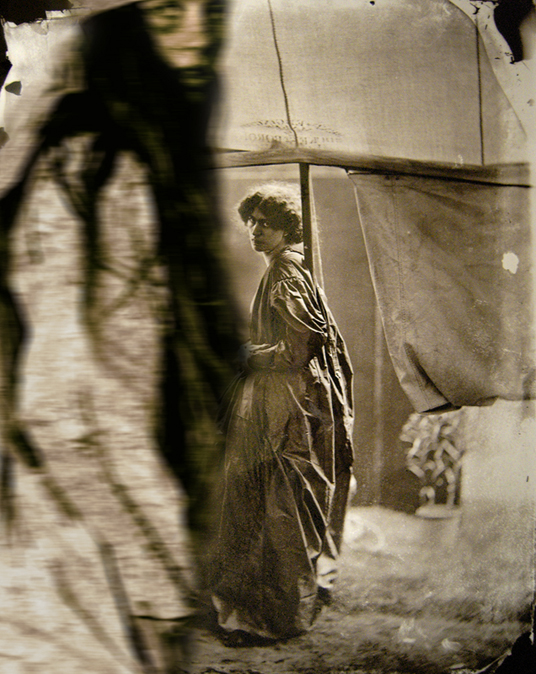 From Time to Time She Stole a Glance, Margje Bijl, 2009
Digital collage of original photos by Sipco Feenstra, 1992
and Rossetti (John Robert Parsons), 1865

Margje says: “I have created a role for myself based on her history to complement and modernize her personae. My identification with Jane Morris is a metaphor for how I see the image of women in modern media. I create a visual scenario in which two women from two different worlds meet each other. In this dusky grey zone the language of the image of the Victorian time flows into contemporary pictorial language. I give characteristics of this modern woman to Jane Morris. She no longer looks down, but sits straight, confidently”.

Looking at the photos, I agree.  Margje’s work may have been initially inspired by Jane, but when I look at her photographs I see that it has grown into something larger.  It is a body of work that can also stand alone.  A viewer who may have never heard of Jane Morris, unwitting of the project’s intent, would still be struck by the artistic integrity of the work. 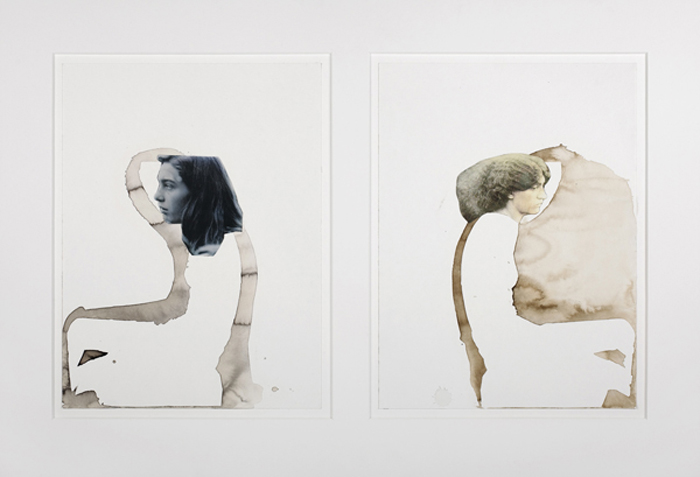 Margje has done more than just pose as Jane’s doppelganger.  She has plunged herself into the research of Jane’s life, studying source material in an attempt to create a frame of reference for her project. Margje says: “I describe Jane Morris’ history, following locations and events that played a role in her life. In July 2009 and in March 2011, I went to some of the houses in which Rossetti, Jane and William Morris lived and made staged photos on location. Referring to Jane Morris’ life story I made her environment as my own with modern clothes and poses”. 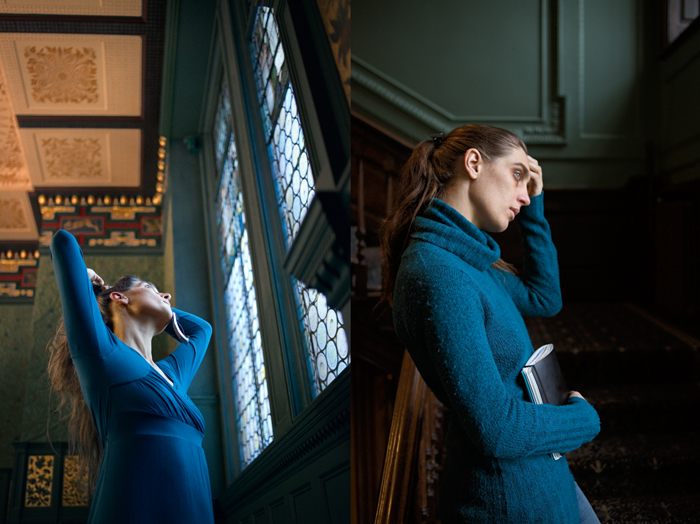 A Memory Palace of her own, Margje Bijl, 2011
(Hein van Liempd)
With kind permission of The William Morris Gallery, London
Victoria and Albert Museum (The Green Room), London

Margje’s envisioned result is: “To give the project ‘Reflections on Jane Morris’ form as an artists’ book. A ‘mental travel guide’ creating a context in which different storylines highlight each other. It envisions both my visual research and my travels through my double’s heritage”. I think this is a wonderful idea and I wish Margje well.  I admire the work she’s created through ‘Reflections on Jane Morris’ and a book that compliments and chronicles the project is a book that I would love to have on my shelf.

I should add that it is a project that is larger than the four images I share here.  I am very grateful that Margje has granted me permission to share her work and I would ask that you please refrain from copying or taking her images.  Her work is protected by Pictoright, Amsterdam. Margje and I are both grateful if you would like to link to or share this post.  If you enjoy her work, please let her know.  For more information, I direct you to her website:  www.janemorris.nl or her facebook page.

6 thoughts on “Reflections on Jane Morris”