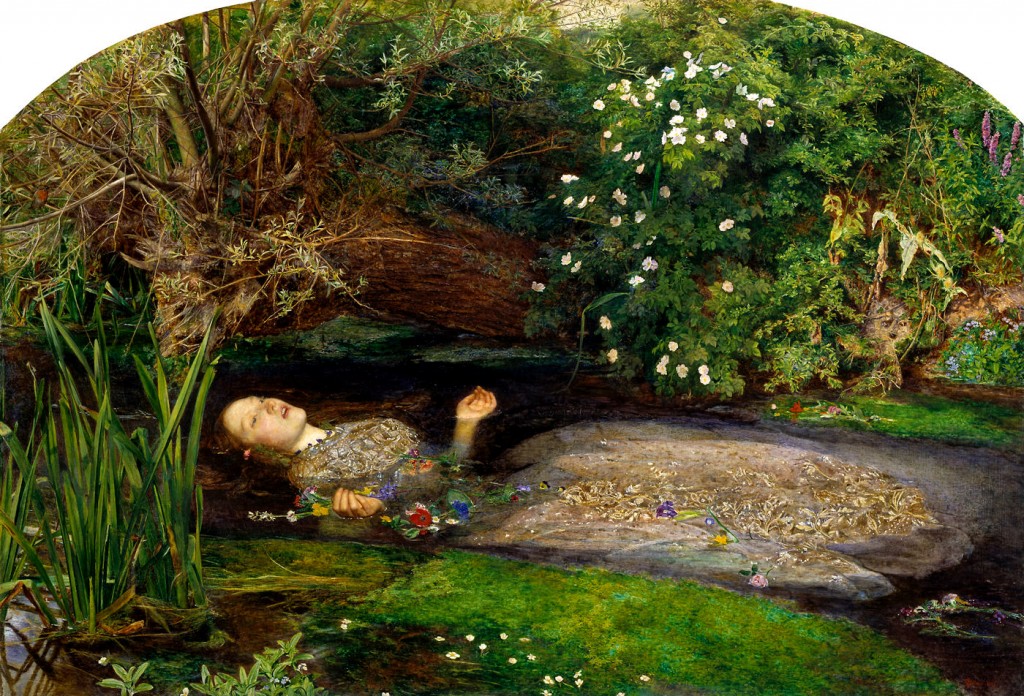 I’ve seen comments online that say the Pre-Raphaelites mainly appeal to adolescents. Even this 2007 piece from The Guardian quotes a senior curator at Tate Britain saying they’d have complaints from teenage girls if they didn’t show Pre-Raphaelite art.

At first I bristled at this, knowing that it is a style of art that appeals to many people of all ages. I wanted to defend the art I love, but the more I thought about it the more I could see that to a certain extent, it is true. Not in the dismissive way that these comments mean, but I can’t deny that Ophelia posters decorate the rooms of many a teenager.

My issue is not whether or not the statement is true, but why the fact that teens love something would make it seem unworthy of our interest.

Instead of judging art negatively because a certain age group is drawn to it, we should celebrate the fact that the teen years can be difficult years and it’s a positive thing when someone of any age embraces art and literature for inspiration.

I’ve decided to embrace the criticism. So what if Pre-Raphaelite art speaks to teenagers?

I am a mental collector, storing art in my brain and creating touchstones so I can pull them out when I need to say “I feel that, I get that.”

I don’t see the value in dismissing any work simply because it may be largely appreciated by the young.

The fact that the twentieth anniversary of Harry Potter was so widely celebrated this week is proof that sometimes there are things we label as being for children that are embraced by all ages.

There is no age limit for art.

If you love it, then love it without apology.

Embrace whatever it makes you feel and hang on to it with all your might.

I still own all my Nancy Drew books and vintage Disney records and I have spent almost my entire adult life writing about an art movement that, according to critics,  appeals only to teenage girls.

I am good with that.

Pre-Raphaelite art speaks to me, touching me, reaching me, daring me.

Throughout my life, I have had feelings that I cannot always label or understand. It’s an indefinable thing that I can not convey.

Whatever it is, I see it reflected back to me in Pre-Raphaelite art. I can look at the painting and say to myself, this is where I am.

In the works of the Pre-Raphaelites and their followers, I see women of legend and myth ranging from fallen women to goddesses with untold power. There are many of us that embrace that and if it resonates with teenagers too, that is a glorious thing.

Pre-Raphaelite art is often driven by a narrative. There are stories to unpack and explore here and many of them have messages that are important to ponder.

It recently occurred to me that one of the most compelling aspects of the myth is that it is about women saving other women.

Hades abducted Persephone and it was Zeus who decreed that Persephone could leave the underworld provided she had not eaten any fruit that had grown there. But apart from Hades and Zeus, the story is primarily about women. Persephone is the abductee and Demeter is the mother who searches the earth for her. Then there’s Hecate who helps and guides Demeter, leading her to the Underworld.

There are many interpretations to Persephone’s story and if, for example, Dante Gabriel Rossetti’s painting Proserpine provides a gateway for a kid who is in need of this particular tale, then we should not only respect that, but rejoice in it.

As for Ophelia, she appeals to many girls because she struggles so painfully yet so openly.

Her story ends tragically, but she represents something important to many of us.

For anyone, old or young, who has happened upon this website in search of Ophelia, I say this: whatever you are going through, beauty can be found in the rough spots. It’s what emerges from ugliness and pain and an excellent way to deal with trauma is to embrace art and then create your own.

Pain can not be avoided, but it can be used as a basis for something wonderful and new.  Something that is uniquely yours.

Keep nurturing yourself with art and literature. Pay attention to what it makes you think, how it makes you feel. Build on that. Keep building on that.

2 thoughts on “In which I embrace criticism”