In 2013, on a whim, I started Wombat Friday.  For four years I have faithfully posted photos of toy wombats with Pre-Raphaelite art and I suppose my claim to fame is that, somehow, I encouraged other seemingly sane adults to join in. (Follow along on Facebook  to see all the fabulous weekly #WombatFriday creations.  Cheryl E. Siren is particularly delightful)

This past weekend, at the #RTX convention in Austin, Tx, I lost my favorite wombat.  I was devastated.  I know he was just a toy, but planning and taking #WombatFriday photos for so many years created a bond.  Suddenly he was missing; he’d departed on a new adventure that I could not take part in.

Enter my new friend:  Thaddeus Fern Diogenes Wombat.  He arrived only a few days ago.  So far he has been pretty quiet, but luckily for me we had a special mutual friend who was able to tell me his name and share his backstory (I’ll keep that private because Thaddeus, or T-Dub as close friends call him, prefers to remain a wombat of mystery.)

T-Dub has been an eager assistant at Pre-Raphaelite Sisterhood thus far.  He’s wild about Dante Gabriel Rossetti, but does not know much about other members of the Pre-Raphaelite Brotherhood.  He’s asked me to use Wombat Fridays as a way to further his Pre-Raphaelite education.  Ok, fine, Thad.  Just, catch up quickly, okay?  We have a lot of work to do.

We are going to start with Lorenzo and Isabella. 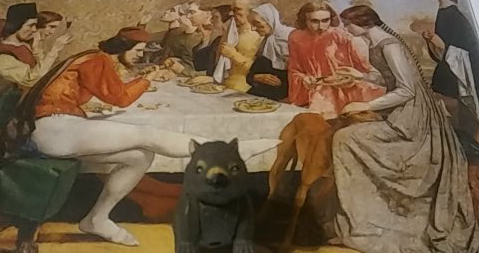 John Everett Millais painted Lorenzo and Isabella  in the early days of the Pre-Raphaelite Brotherhood.  So early, in fact, that the initials PRB were not yet known to the public.  Millais chose not to focus solely on Isabella and the basil, but created a group scene in which she is seen dining with her family prior to the murderous act.

As the Pre-Raphaelites often did, they used each other as models:

Dante Gabriel Rossetti:  man drinking from a glass at the end of the table on the right side

The brother kicking the dog is said to be a bully from the artist’s school days, painted from memory.

f you look closely at Isabella’s chair, you’ll see that Millais included the initials PRB.  At that time, the Pre-Raphaelite Brotherhood was a secret group.  It has been suggested that the meaning of the PRB was later leaked by Dante Gabriel Rossetti. 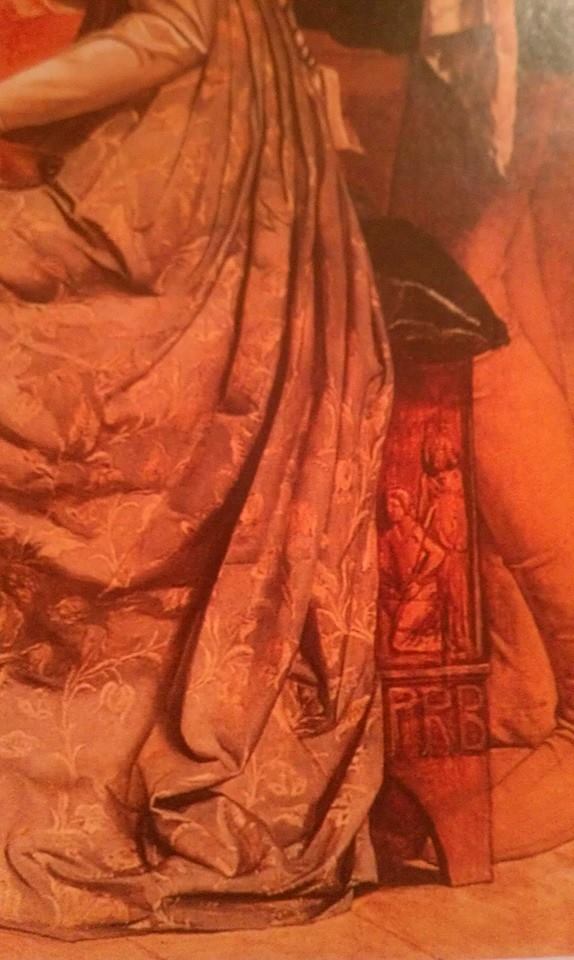 William Holman Hunt painted this version of Isabella and the Pot of Basil and it captivates me completely.

2 Replies to “#WombatFriday: A New Chapter”