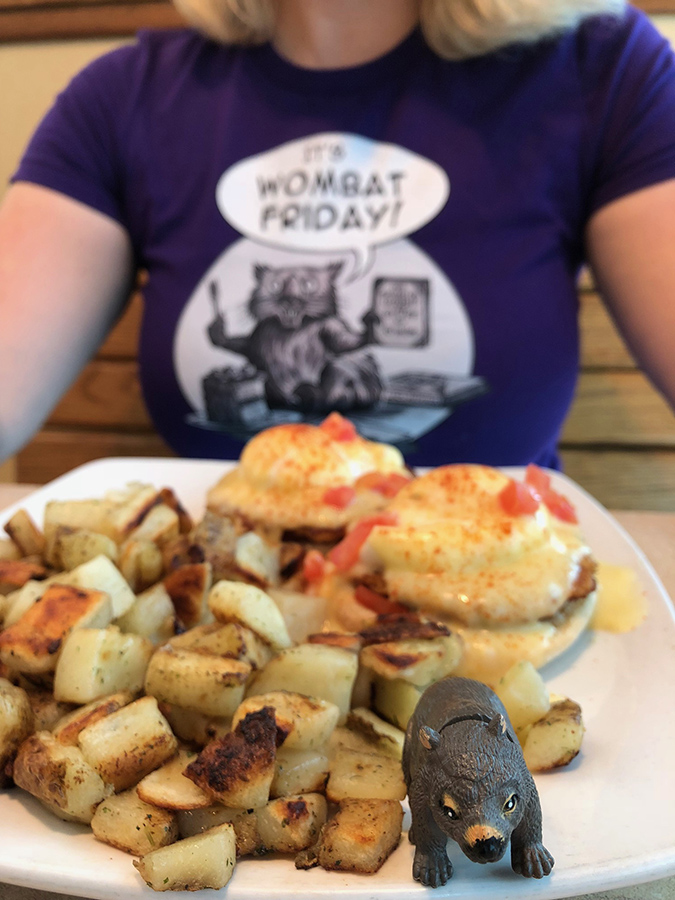 T-Dub, trusty sidekick to Pre-Raphaelite Sisterhood, has been reading about what life was like in Dante Gabriel Rossetti’s home.

Ah, little wombat friend, you are a creature after my own heart. 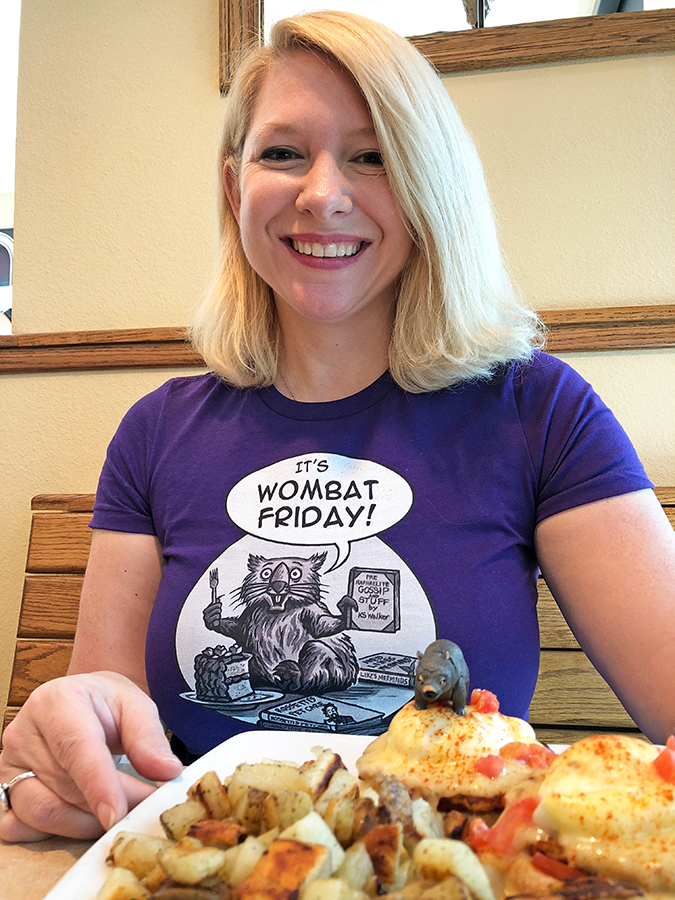 Novelist George Meredith was apparently disgusted by Rossetti’s breakfasts, which he described as “Plates of small-shop ham, thick cut, grisly with brine: four smashed eggs on it…” T-Dub and I agreed that it didn’t sound completely revolting to us and we opted to apply ourselves diligently to some Eggs Benedict on top of crab cakes. I think Rossetti would be proud.

Hall Caine, who lived with Rossetti until his death, said that DGR ate six eggs and half a dozen kidneys for breakfast.

We’ll stick with our Eggs Benedict, thank you.

Did you notice my Wombat Friday T-Shirt?

It’s designed by my friend Raine Szramski and you can buy one at Redbubble! And eat eggs in it!