Autumn is a season that excites all the senses: the red and orange hues, the crisp breeze, and the general thrill that seems to accompany even the most mundane of tasks.  Adventures seem to be just around the corner, even if (especially if!) that adventure is only a sudden cold storm that forces me to stay inside with a book.  Sometimes the best Autumn days are spent between pages.

In Mythology,  Autumn is when Proserpine begins her descent into the underworld, her home for half of the year.  In Spring she will return and we will rejoice in the new growth and the possibilities of new beginnings.

For me, Hallowe’en  is the pièce de résistance of Autumn.  And Hallowe’en means Jack-O-Lanterns!

Here in America, I think that most people have forgotten that the original tales of Jack O’Lantern were tales of the will o’the wisp, airy fairy will o’the wisp to lure us and enchant us, perhaps even entrap us.  I was thrilled to see will o’the wisps in the Disney/Pixar movie Brave: 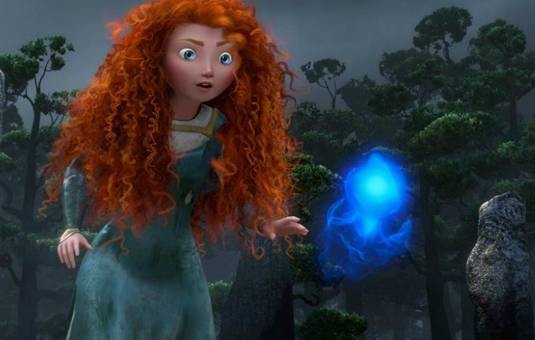 Perhaps you will see a will o’the wisp this Autumn.  And if you are bold enough to pursue it, it will be a nice one, a kind one, and it will lead you to the road you didn’t even realize you were searching for.  The proverbial road less traveled.  A dirty, brambly, beautiful Pre-Raphaelite road.  I will be there too.

I wish you a beautiful, happy Autumn.  I intend to embrace this season, embrace every moment, for as Algernon Charles Swinburne wrote in Hymn to Proserpine: