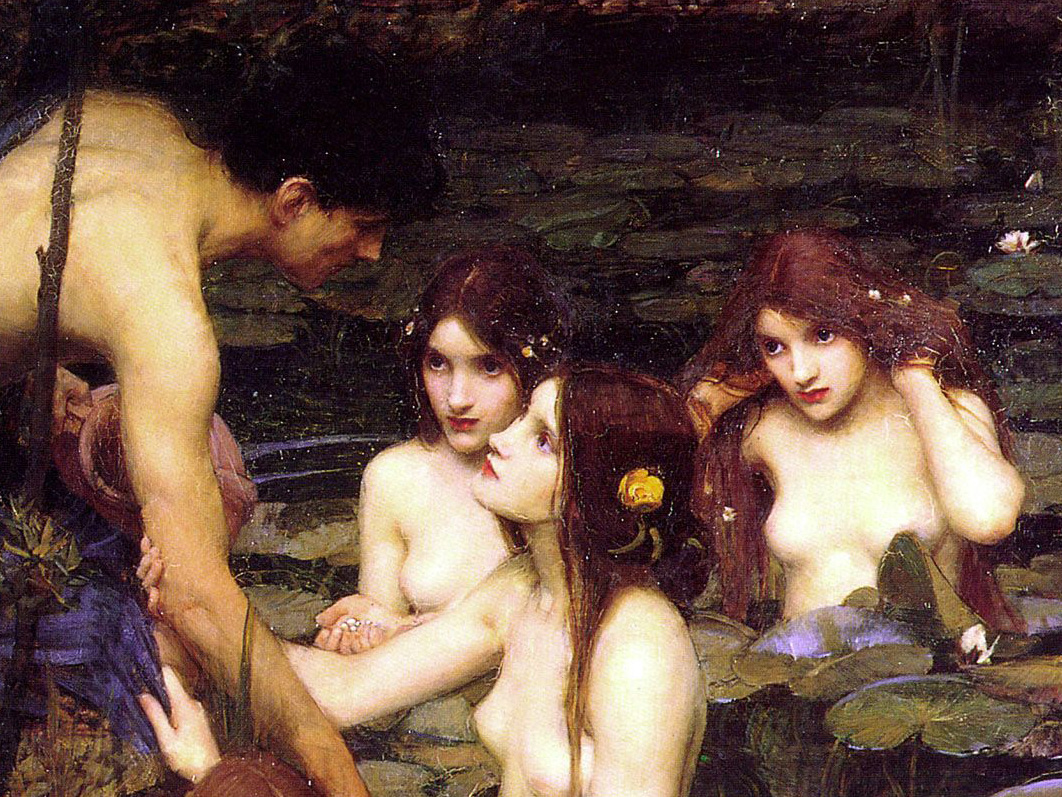 When Waterhouse’s exquisite Hylas and the Nymphs was controversially removed from exhibition at the Manchester Art Gallery recently, I wrote that it would be far more beneficial to promote images that empower women instead of removing a masterpiece to provoke a reaction.

The painting has since been returned to display at the Gallery, and it was later revealed that its removal was indeed part of a group art project with that motive. I still believe that we foster better dialogue when, instead of creating negative space, we highlight positive examples for men and women to emulate and build upon.

So now, of course, it’s only fair that I rise to my own challenge.

What Pre-Raphaelite image would I choose as an example of female empowerment? It’s a tricky question, because while the Pre-Raphaelites were often encouraging and supportive to the women artists in their circle, there’s no escaping how deeply patriarchal the Victorian age was. It’s hard to find a work that a 21st century woman can embrace without finding some aspect of it that may be seen as problematic.

Joan of Arc is certainly a candidate. Sir John Everett Millais’ painting of her brilliantly juxtaposes her armor with her skirt – a startling study of ferocity and femininity.

And Waterhouse’s own The Lady of Shalott is another contender, although she can be seen by many as a victim. She is isolated and lives under a mysterious curse. But I am inspired by the fact that, ultimately, she takes her fate into her own hands.

Clearly, Lady Lilith radiates confidence and power. Dante Gabriel Rossetti, a founding member of the Pre-Raphaelite Brotherhood, wrote a sonnet to accompany his painting of her, which says, in part:

“Beware of her fair hair, for she excels
All women in the magic of her locks,
And when she twines them round a young man’s neck
she will not ever set him free again.”

All of these works can be inspirational and empowering, but for me, they still didn’t quite pass the test I posed.

The image I find the most inspiring is actually the most modest of them all. In fact, I almost talked myself out of choosing it because it didn’t seem quite grand enough. I had imagined endorsing a spectacular, sweeping epic of a painting; something daring, bold and inspiring. But I came back to this piece repeatedly, until I had to remind myself that it’s best not to ignore that persistent inner voice of mine.

This image was haunting me for a reason. Sometimes we search so deeply for profundity that we overlook it in the hopes of finding fireworks instead of fireflies.

This unpretentious depiction shows artists’ model, poet and artist Elizabeth Siddal working at her easel. Siddal was drawn by Rossetti, who encouraged her pursuit of art and, after a decade-long on-and-off romance, finally married her in 1860.

Tragically, Elizabeth Siddal died of a laudanum overdose in 1862, but her face remains famous to followers of Pre-Raphaelite art. She was an important inspiration to the movement in countless works by Rossetti, the drowning Ophelia by Millais, and Viola in Deverell’s Twelfth Night.

All of Siddal’s aptitudes and legacies are certainly worthy of attention and respect. But today I choose to focus on the uncomplicated notion that, alone at her easel, she still quietly inspires.

I find Rossetti’s understated pencil study of Siddal, captured in the midst of her artistry, uplifting because it encompasses a simple truth – we women create.

From the beginning of time, women have offered the world our art, our stories, our songs, our children. Our individual talents and callings may differ, the materials and resources we use may have evolved over time, but in every era we have woven our works into the fabric and the history of the world.

We have been ridiculed, stifled, and pressured to create anonymously, or under male pseudonyms.  We have endured anger and harsh criticism just for pursuing our dreams.

Nevertheless, we persist. This unembellished image of Elizabeth Siddal can elevate and empower us all.

3 thoughts on “Finding Fireflies Amidst the Fireworks”