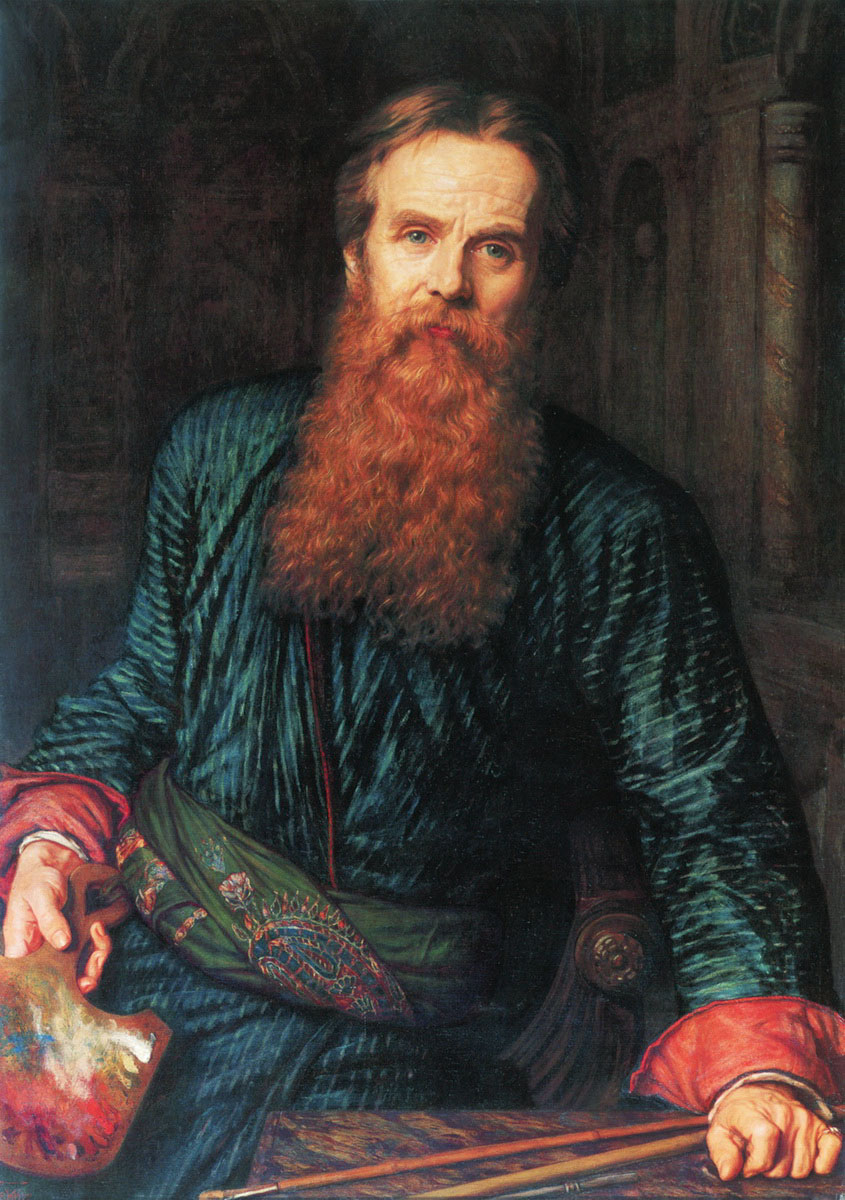 William Holman Hunt, one of the founding members of the Pre-Raphaelite Brotherhood, was born on this day in 1827.  Today I’d like to share some of my favorite Holman Hunt works.

Truth to nature was one of the main tenets of the Pre-Raphaelite Brotherhood and an excellent example of this can be seen in the Death’s Head moth in William Holman Hunt’s painting The Hireling Shepherd (above).  I’ve blogged about it many times before; it’s part of my Shakespeare post that I share yearly on the Bard’s birthday.

William Holman Hunt took inspiration from a quotation of King Lear for his paintingThe Hireling Shepherd.  It is from the lines of the Fool, who says:

Hunt portrays the shepherd as neglecting his flock, too busy flirting with a beautiful young lady to see that they are falling ill.  In his hand, he holds a Death’s Head moth.  The moth is impressive once you notice it; Hunt captured it in minute detail. The shepherdess, also distracted and neglectful, has a young lamb in her lap that will also soon fall ill since it is eating a green apple.

Many Pre-Raphaelite artists painted the Lady of Shalott, some of them repeatedly.  But only Holman Hunt depicted her hair whipping wildly, perhaps by supernatural means, when the Lady has fallen in love with a vision of Lancelot and decides to ignore the curse that has come upon her.  Look closely at the bodice Holman Hunt has given her and it looks strikingly similar to Dame Ellen Terry’s famous beetle-wing gown.

I’ve saved my favorite Holman Hunt for last.  When I first saw Isabella and the Pot of Basil in person, she loomed over me in a compelling way that I can not quite describe.  This, to me, is one of his most haunting yet beautiful works and it is an excellent example of a macabre subject depicted in an alluring way.

The symbolism of Lepidoptera